The victim was abducted after their car broke down by a group that targets small convoys of migrants and threatens them till a ransom is paid. 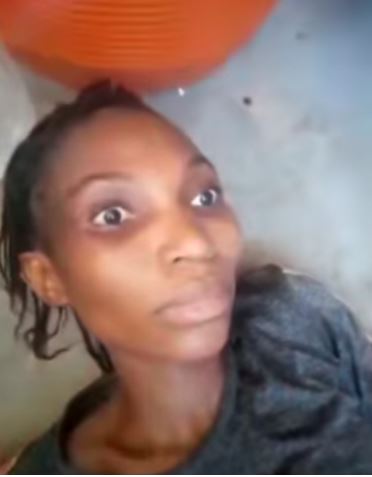 A young Nigerian woman who was allegedly kidnapped, starved and tortured to death by an armed group who demanded N2.3m as ransom in Libya is reportedly dead.

According to a Nigerian Facebook user, Vahalla Soja, who posted the video on Monday, July 19, the deceased and some other African migrants were on their way to Libya when their vehicle broke down at Qatrun, a village in the Murzuq District in Southern Libya, on the main road to Chad and Niger.

The migrants were said to have been abducted by some criminals and detained in a kind of prison called 'Tranki' in Sabha, Southwestern Libya, where they were tortured and starved.

The abductors allegedly demanded a ransom of 8,500 Iraqi Dinars (N2.3m) each from the victims as condition for their release.

"We just lost this girl to the hands of tranki in sabha they were coming to Libya and their car broke down at gatron so people came and carried them to sabha and put them in tranki demanding for 8,500dinars each with beatings and starvation and this lady died yesterday." Vahalla wrote.

According to reports, these armed groups including smugglers and Africans, target small convoys of migrants, steal their possessions and then threaten their lives unless a ransom is paid.

In 2018, one Mulugeta from Eritrea was abducted by an armed group who demanded ransom. His family raised the money by selling their house and jewellery after the kidnappers sent the family a photo of Mulugeta being tortured. Mulugeta was finally released months later after paying $18,400 to five different smugglers.

Find below a screenshot describing the horror called "Tranki" 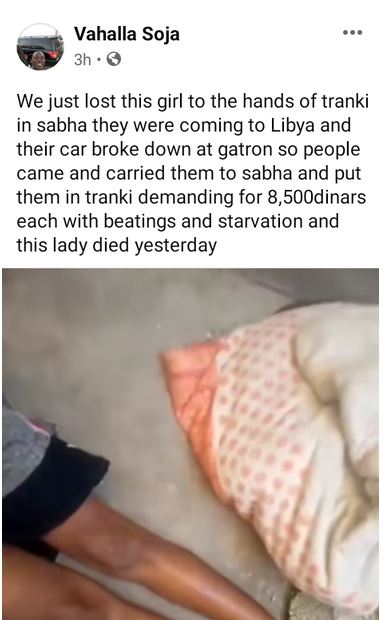 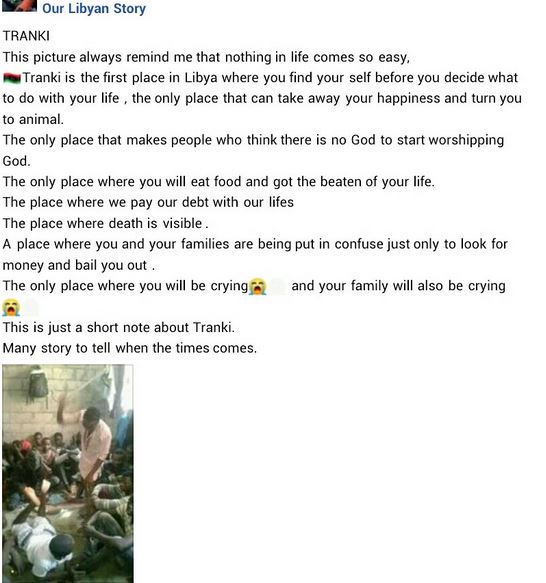