Former President, Abdulsalami Begs Bandits And Others to Repent


He said bandits and other criminals should embrace peace, progress and stability of Nigeria. 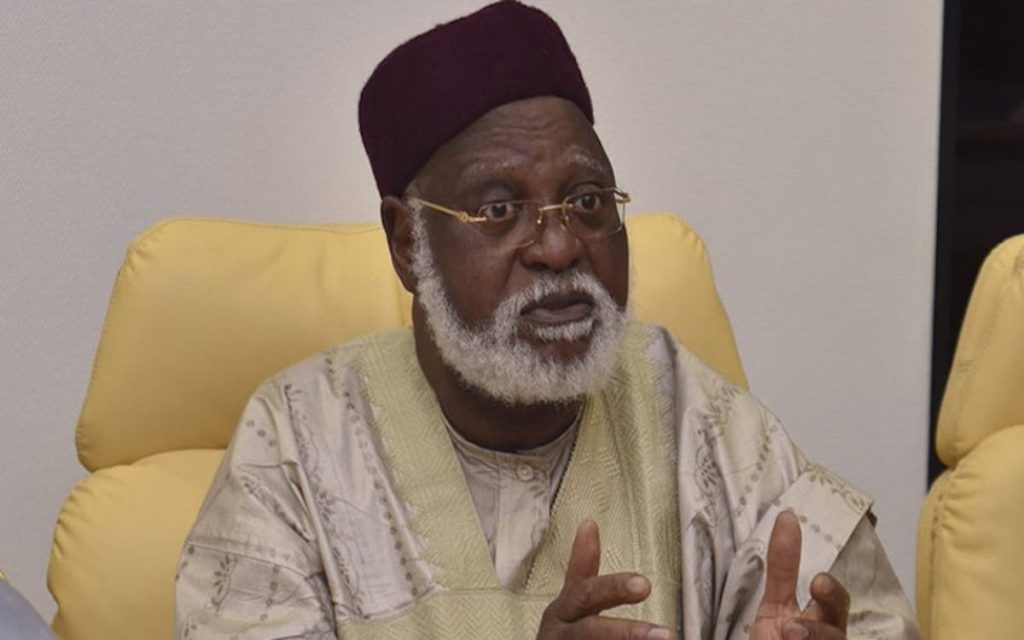 Abdulsalami Abubakar, Nigeria's former President
A former Head of State General Abdulsalami Abubakar has begged bandits and other criminal elements terrorizing people in the country to repent.
He said they should embrace peace, progress and stability of Nigeria.
Abdulsalami stated this shortly after observing the two rakaats prayers for Eid-el Kabir held at Minna prayer ground.
He also prayed Allah to touch their heart to denounce acts such as banditry, kidnapping cattle rustling and forms of criminal activities.
While congratulating the Muslim ummah and Nigerians for witnessing this year’s Eid-el-Kabir celebrations, the elder statesman noted the need to remain peaceful and orderly and to assist all those in need.
Speaking, the Niger State Governor, Abubakar Sani Bello in his remarks called on Nigerians irrespective of ethnic and religious afflictions to vehemently pray for security agencies in the country.
” Irrespective of our ethnicity, religions, there is a need for us to pray for our security men in the country for the wisdom to overcome all the current security challenges bedevilling our country.”
Bello appealed to Nigerllites to provide security agencies in the state with genuine security information also expressed confidence that Niger State and Nigeria will overcome the current security woes.
Also, former Niger State Governor, Dr Muazu Babangida Aliyu called on Nigerians to support and collaborate with government and security agencies to achieve maximum results in the battle against crime.
He urged leaders at all levels to come up with deliberate policies targeted at reducing the current hardship being experienced by Nigerians.
Earlier, the Chief Imam of Minna Central mosque Malam Ibrahim Isa Fari who led the two Eids prayer also proceeded with the slaughtering of his ram which paved way for other Muslim faithful to follow suit.
Top Stories