The Bucks beat the Phoenix Suns in game 6 of the NBA Finals to be take the title on a historical night in Milwaukee. 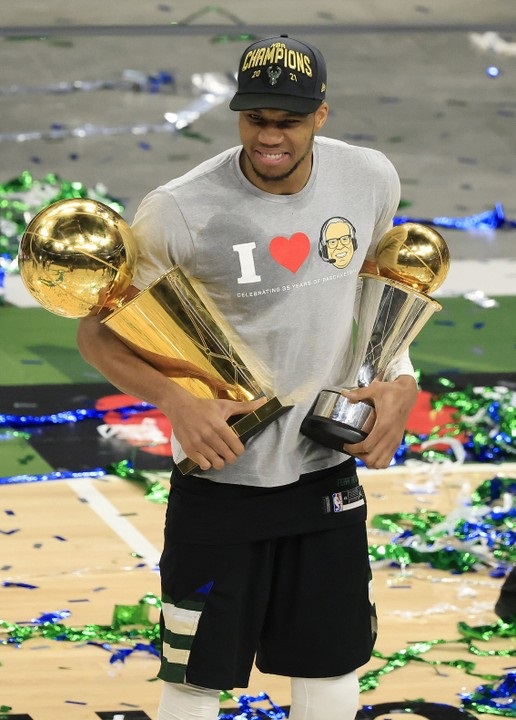 Giannis Antetokounmpo
Nigerian man born in Greece, Giannis Antetokounmpo has won the 2020/2021 NBA Championship.
Giannis "The Greek Freak" put up historic numbers 50 points, 14 rebounds, 5 blocks and 2 assists to lead the Bucks to their first NBA title in 50 years.
The Bucks beat the Phoenix Suns in game 6 of the NBA Finals to be take the title on a historical night in Milwaukee.
Giannis' younger brother, Thanasis and Bucks teammate however entered the NBA's health and safety covid protocols, hence missed the game. However the two brothers are NBA champions.
His other brother, Kostas Antetokounmpo won the NBA championship with the Los Angeles Lakers in 2020.
This makes it THREE Antetokounmpo brothers who are NBA Champions. Giannis, Kostas and Thanasis. The brothers were born in Greece after their parents migrated from Lagos, Nigeria.
The Antetokounmpo brothers are the first sibling trio in NBA history to all win a ring.
Top Stories