The tragic crash happened in the Lake Tahoe area killing all three people on board. 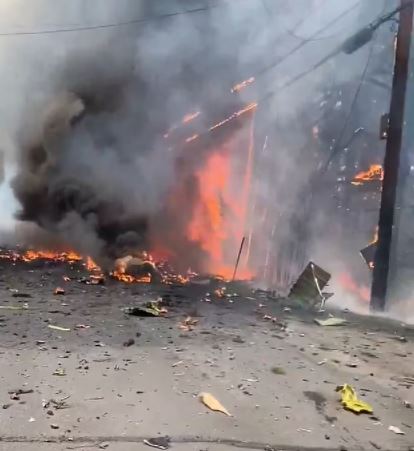 Scene of the crash
A tragedy has taken place in Northern California after a private jet crashed and burst into a violent fireball.
According to Dailymail, the incident happened in the Lake Tahoe area killing all three people on board.
The Bombardier CL 600 was turning on Monday to land at the Truckee Tahoe Airport in Northern California at around 1.20pm when officials said it went down in a wooded area adjacent to the airport near the Ponderosa Golf Course.
The crash also sparked a small forest fire, which authorities were able to put out.
The names of those onboard have not been released as of Tuesday morning, a Nevada County, California, Sheriff's Department spokeswoman told DailyMail.com
No one on the ground was injured.
Top Stories