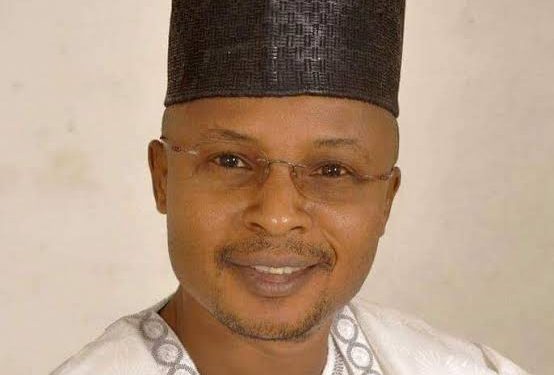 Hon. Elder Leke Abejide the Member Representing Yagba Federal Constituency in the House of Representatives, says he has so far spent N183 million in the payment of WAEC fee for students in public and private secondary schools within his constituency in the last three years.

While saying providing Educational support to the people of his Constituency has remained a long time passion, he assured that he will continue to help parents in the payment of their children WAEC fees until the end of his tenure.

The lawmaker said the earmarked N355 million was for execution of community driven development micro projects in 71 Communities across the Constituency.

Abejide who disclosed this at a media parley on Saturday in Lokoja, said he would be spending N5m on each project to be chosen by each of the 71 communities in the constituency.

He explained that the Communities were expected to choose a project which had direct bearing on the lives of the people.

The project, according to him would be handled by a committees set up to supervise and monitor implementation of the projects.

In same vein, the Legislator hinted that as part of his efforts to make life more meaningful for the poor and vulnerable, he had provided assistance in food and clothing to over 6,800 widows in the Constituency.

Abejide said that he started the widows’ intervention initiative many years ago in his town of Alu in Oke-Oyi Yagba-East Local Government providing them with food, money and clothing.

“We did it last year. We bought clothes for over 6,800 widows and we gave them food items and clothing and by this year, we hope to do more than that by God’s grace.

Abejide said under his empowerment programmes he shared tricycles, motorcycles, grinding machines, sewing machines and so many other things within that short period.

“This year, we have distributed hospital equipment worth over N50 million across six General Hospitals in the Constituency and the equipments are there”, he said.

Abejide said he had so far presented about 15 bills and motions for legislation in the lower chamber of the National Assembly adding that he had the highest number of passed motions and bills among first timers in the House.

The lawmaker promised that as long as he was alive, he will always be at the forefront in providing succour in a bid to alleviating poverty among his people.