The Executive Vice Chairman of NCC, Umar Danbatta made the revelation in a recent statement. 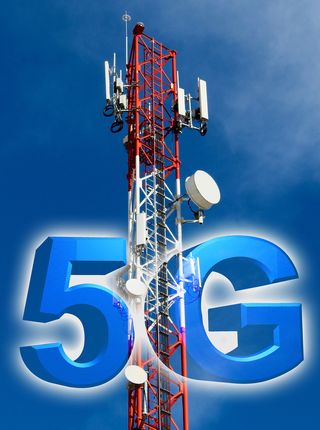 The Nigerian Communications Commission has said it is ready to introduce 5G network in Nigeria.
The Executive Vice Chairman of NCC, Umar Danbatta noted that this was part of efforts towards fulfilling the commission's commitment to put Nigeria on the frontline as a technology-driven economy.
According to Danbatta, the commission was ready and waiting for the green light from the Federal Government to roll out the services.
He made the revelation during the public inquiry on draft frequency spectrum (fees and pricing), and annual operating levy regulations held on Thursday, in Abuja.
The move, he said, followed series of pre-trial roll exercise earlier carried out by MTN and Airtel networks, which justified the commission’s decision to commence the rollout plan across the nation.
He further explained that the commission was now set for the roll out and had already submitted the proposal to the federal government for approval since the prerogative lies solely with the Federal government to do so.
Top Stories