Nigerian actress, Temidayo Babatunde has talked about her life and how she has had to make sacrifices to evolve. 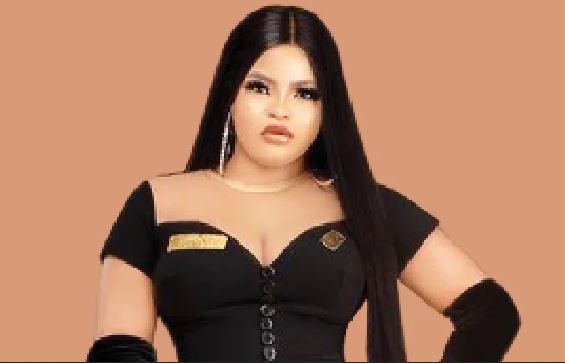 My childhood was eventful and fun-filled. Adulthood can be boring as you have to make things happen by yourself, but as a child one’s parents made things happen. I grew up with my parents and my other siblings.

Though it was a polygamous home but my father loves all his children equally. There could be occasional friction within the family but my dad was always on top of every situation and doused tension as it came.

My relationship with my other siblings was good and we are still in touch up till now. It was a big happy family.

I attended United Secondary School Ilorin, Kwara State, before proceeding to Lagos State Polytechnic, where I studied Business Administration and graduated in 2017.

There are always dreams and expectations from any chosen career. I had my dreams concerning acting. I would not say all my expectations were fulfilled in terms of rewards in this profession. The money paid for roles cannot be compared with what is obtainable in other climes. We appreciate God for the level we are but we hope for better and greater rewards in the future.

I think I have sacrificed quite a lot of things for my acting career. For example, I could have opted for a good position in a respectable organisation with an attractive salary. I have also sacrificed money I could have pumped into a lucrative business that would have yielded good profits for film making that is not guaranteed of making back my capital not to talk of profit.

We live in a competitive world and to stand out of the crowd, you need some innate and superfluous qualities to excel. I will not underplay hard work because it is very essential in today’s world. My persistence and ability to leave no stone unturned when it comes to achieving my goal stood me out.

I have been fortunate to enjoy the support of my parents and family. Though my dad was reluctant at first, my mum was excited about it afterwards, as she was already a distributor of Nollywood movies back in the day. My dad later agreed when the profession started making me famous.

One of my most embarrassing moments on the job was when I was called for a job in Ibadan from Lagos State. After spending two days on location rehearsing my character, waiting for my turn to act my role, they gave my supposed character to a lady because her father is a top-notch actor in the movie industry without telling me. I felt extremely embarrassed. I noticed I was totally ignored, called the attention of the producer and director and was told my character had been given to a lady that just came in. After much confrontation and argument, the director pleaded and gave me another role.  I can never forget that experience in my life.

Entertainers are not known for holding back anything. In fact, we are bold and have a lot of confidence. The world is meant to be felt and experienced. I will rather say I don’t give in to fears despite the competitiveness of the movie industry. Fear is the opposite of all what great achievements could be. I have no fear.

There is no industry without its attendant scandals. Sexual harassment cuts across many industries and organisations.  I have been among the lucky ones because I have not experienced any form of sexual harassment. I thank God for this. Also, I think my upbringing helped me as well.

There is no glory without stories. I have my own story on the way to stardom. I worked very hard even when it was not convenient, ensuring that I reached my goal when the road was rough. Like I said earlier, I have made hard sacrifices to push myself to the top.

Like they say “A good name is better than gold and silver.” I would not get involved in scandals or controversies in order to gain popularity to the detriment of my name. What will be, will be. If someone is destined for greatness, no man can stop it and equally no scandal can push it. I will not engineer any scandal for popularity sake.

Acting has been a tremendous blessing to me. I cannot think of any regret. Acting has opened doors for me, taken me to places and brought unlimited opportunities my way. Although I am not at my peak, I thank God for what He has done for me-and where He is taking me to.

People have misconceptions about my relationship with male folks. They believe I have many men in my life. Some of my female colleagues and friends believe this too. The belief changes when they get close to me and understand my personality. I am simply what I call “a lane minder and simple person.”

Getting into Nollywood was easy for me. I mentioned earlier that my mum was a distributor of Nollywood movies, which endeared me to the industry and got me connected with my first theatre group. I have been unstoppable since then.

I am immune to the unhealthy rivalry if there is any. I respect everyone within the entertainment space. I believe we all complement one another and there is actually no need for unhealthy rivalry. The sky is big enough to accommodate all birds.

I derive my inspiration from the ability to proffer solutions to everyday challenges faced by people through my movies and cast. I’m inspired to do more when I receive feedback from people about how my movies have changed their perception about life.

I believe I would have been a lawyer if I was not into acting. I have a fondness for that profession a lot but God is the only one with answers to prayers and dreams. So far, so good, I am in deep love with my acting profession.

My fun days are adventurous ones. I love a change of environment, especially when I travel out of the country to uncommon places. I marvel at the sheer beauty of the world. I am an avid reader too and I like to discover new things.

Yes, I believe that my body shape and beauty has been an added advantage for me in the acting profession. My look has qualified me for some roles.

I love a straightforward man whose words is his  bond. I also love men that are not stingy but rather very romantic.

I am aiming for the peak of my career. I will get to a point where I will be a force to reckon with in the movie industry.