The police commissioner in the state had confirmed that over 17 people were killed and 85 houses were burnt down in the attack. 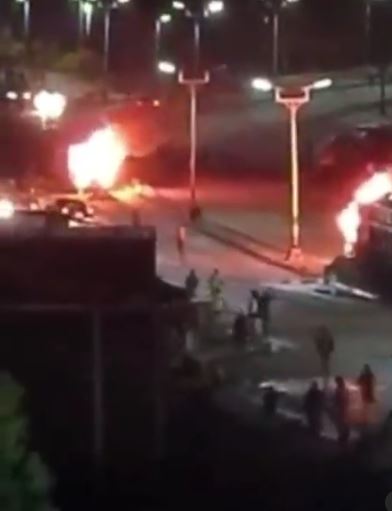 Daily Trust reported that it is suspected that the clash is connected to an attack carried out by suspected Fulani herdsmen in Irigwe area of the state last weekend.

The police commissioner in the state had confirmed that over 17 people were killed and 85 houses were burnt down in the attack.

Director of Press and Public Affairs to Governor Simon Lalong of Plateau State, in a statement issued on Wednesday August 4 after the clash, said that peace had been restored in the area.

According to him, the breach of peace reported around Gada Biyu, Jos North LGA has been brought under control following the swift response by security agencies.

The security personnel responded to the incident where some youths reportedly obstructed traffic and set ablaze two trucks on the highway.

"The intervention of the security personnel immediately brought the situation under control as the youths were dispersed and the road cleared, thereby restoring traffic flow.

“With the return of normalcy around Gada Biyu and environs, the Government is urging citizens of the state to avoid any act that could lead to the breakdown of law and order.

“Meanwhile, security forces have continued their operations to dominate areas affected by recent attacks in Bassa and Riyom LGAs with a view to restoring normalcy and arresting perpetrators as directed by Governor Simon Lalong after an emergency Security Council Meeting."