The 13-year-old skateboarder wrote her name into the history books by winning a medal at the Tokyo Olympic games. 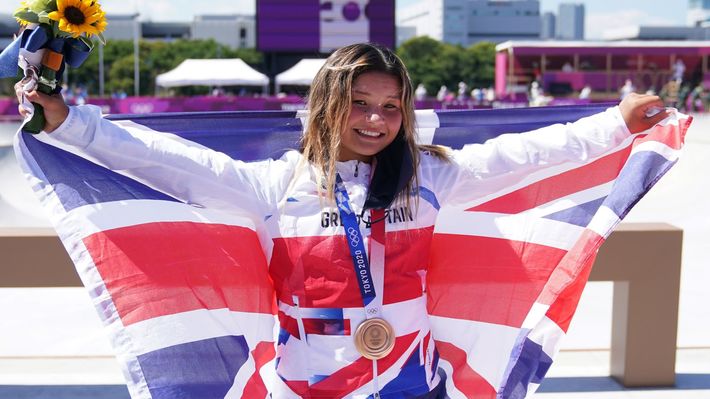 Sky Brown
A teenage girl by name, Sky Brown has made history at the ongoing 2020 Tokyo Olympic games.
The 13-year-old skateboarder wrote her name into the history books by becoming Team Great Britain’s youngest-ever medallist at the summer Olympic Games,
The British skater landing bronze in skateboarding behind Japanese duo, Kokona Hiraki (silver) and Sakura Yosozumi (gold).
UK Metro reports that Brown was outside the medal spots before her third and final run at Ariake Skate Park but produced a cool, calm and collected performance to drag herself onto the podium.
She claimed Britain’s first medal in skateboarding and at 13 years and 23 days became the youngest British Olympic medal winner.
Brown became Britain’s youngest summer Olympian eclipsing Margery Hinton’s longstanding record of 13 years and 43 days when she competed in swimming in the 1928 Games.
Top Stories