The marriage of the prophet crashed just three months after he married his wife. 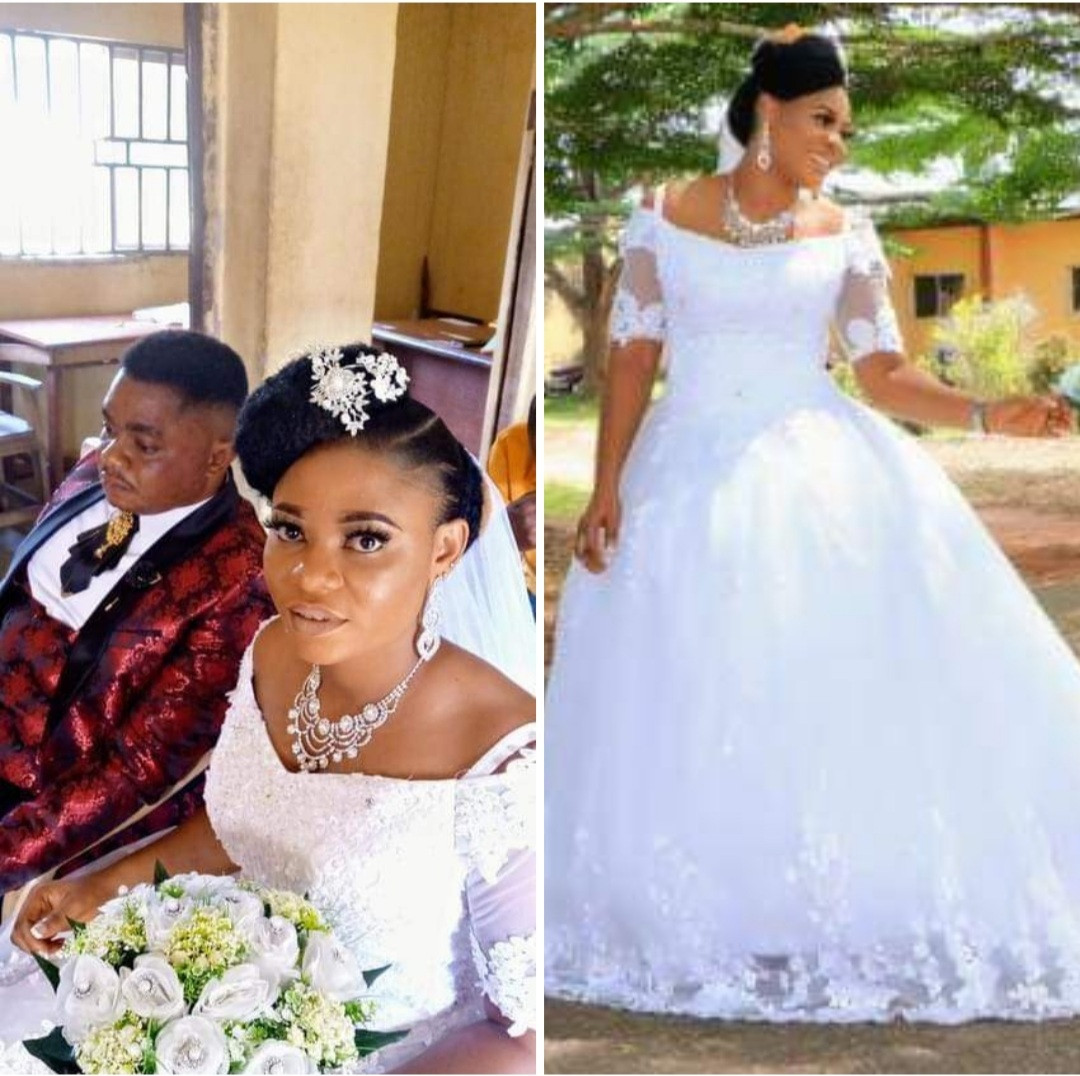 Prophet Okoh's marriage has crashed
The marriage of a popular prophet has reportedly crashed just three months after wedding.
It was gathered that Prophet Divine Okoh, the General Overseer of Healing Grace Deliverance Ministry, Agbor, Delta state, and Happiness Nwakanma met in May 2021 after Happiness left a comment on a controversial Facebook post, before they eventually married.
They soon took their chat inbox and, from there, the prophet brought up talks about seeing Happiness' family.
They got married in the same month of May, despite reservations from the bride's family who were concerned about the short courtship period.
After the wedding, the bride, a student of Federal Polytechnic, Nekede, in Imo State, reportedly suggested to her husband that she wanted to go back to school to complete her HND program but he objected to this.
It is claimed that he had promised the bride's family that he will ensure she completes school, so his refusal to allow her to go back to school after their wedding troubled the bride.
The bride's story was shared on a popular Igbo Facebook group.
It was also claimed that the new bride has left the marriage after claiming that the prophet "hypnotized" her all along and she has been having spiritual attacks and strange dreams since she married him.
As reports of their marriage crisis hit the internet, Prophet Divine Okoh took to Facebook to warn people who "lay false allegations against men of God."
His last Facebook post reads: "My spiritual advice to many who has not experience the anger from the alter, never lay false aligations against men of God just to destroy who is untouchable. That is a sin against the holy Spirit which even God says it can't be forgiven.
"Person like me I won't forgive I will hurt that family spiritually until everything there dry up, u can insult me I will forgive but say anything that is not true against the church, everyone who is in support of it will will be drawn according to the scripture, is a covenant that the church is built on a rock that gate of hell shall not prevail whoever who touch the church the rock falls on the family, ( u can fight fakes prophets and go free but men of God who has never sold their soul to Satan will not forgive whoever that discouraged them.
"IAM an example I will never forgive until I see the end of that family, I swear with my life (Is just an advice to many born by Satan to destroy churches and ministers Grace are difference some are born with dangerous anointing that God does not like to see them share tears) much love from here." 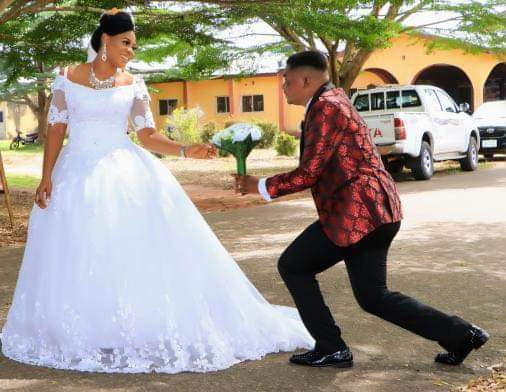 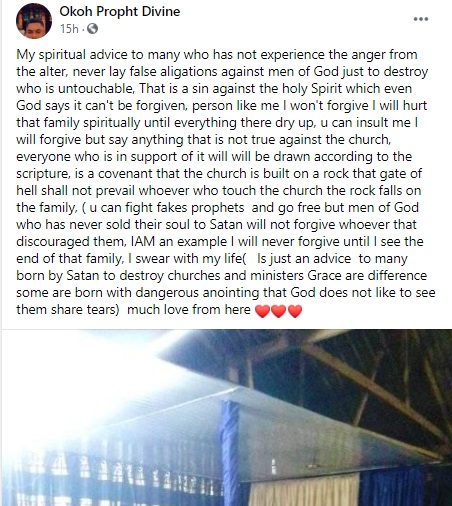