See Fish With Human-Like Teeth Caught In US (Photos)


The rare fish with human-like teeth was caught in the United States by an angler off Jennette's Pier. 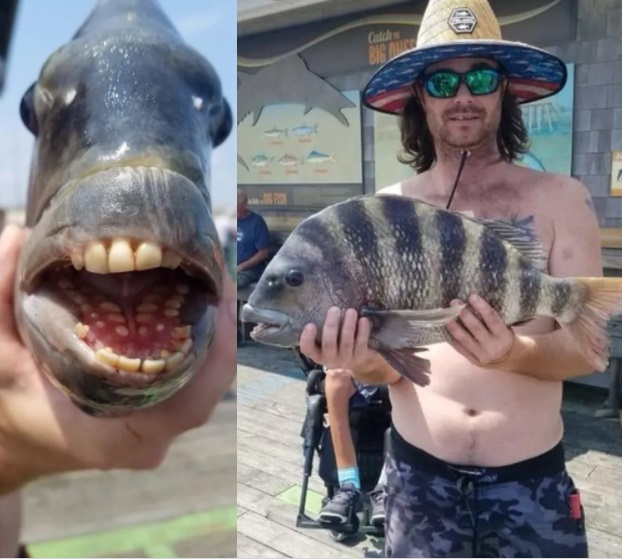 Fish with human-like teeth caught in US
Beachgoers have been left perplexed after a man, Nathan Martin caught a fish with human-like teeth.
The rare fish with human-like teeth was caught in the United States and photos of it shared by Jennette's Pier, a popular fishing destination in Nag's Head, North Carolina.
Photos of the fish went viral and it was later identified as a sheepshead fish.
The fisherman said he had been hoping to catch a sheepshead fish but was shocked after coming face-to-face with a "mouth full of teeth".
"It's a very good fight when you're fighting on the line, it's a really good catch, and it tastes very good," he told McClatchy News.
The so-called "demon fish" have a mouthful of molars, and two incisors. 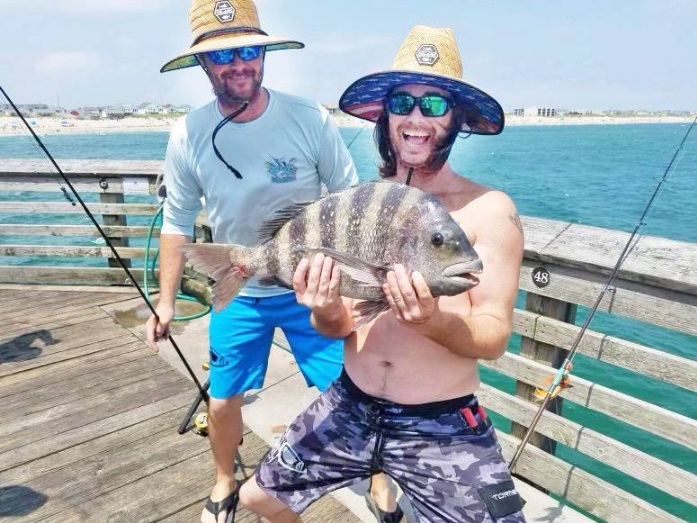 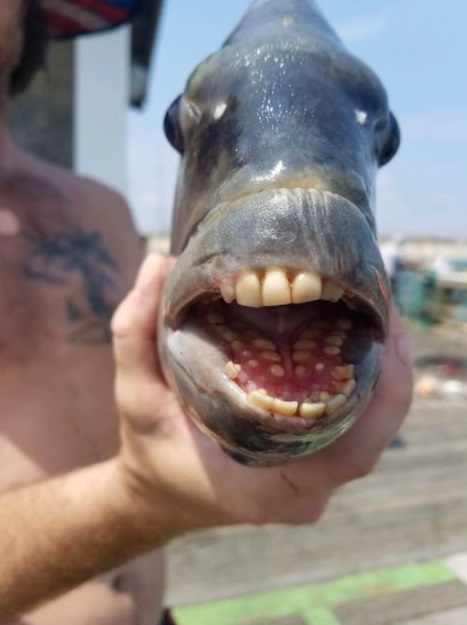