a source revealed on Friday that Godwin was arrested by DSS operatives in Lokoja, Kogi state on Monday, July 26, 2021. 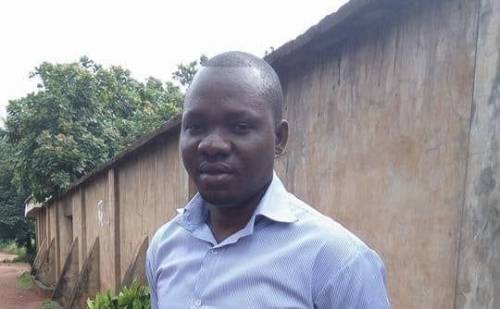 Godwin Uket, an Abuja-Enugu-bound driver, who was earlier declared missing by his family members has been confirmed to have been arrested and illegally detained by Nigeria’s notorious secret police, the Department of State Services (DSS), according to SaharaReporters.

Please help us locate our beloved brother by reposting/sharing on your social media for a better reach. Thank you,” he had posted.

However, a source told SaharaReporters on Friday that Godwin was arrested by DSS operatives in Lokoja, Kogi state on Monday, July 26,  2021.

The newspaper had exclusively reported that 12 persons, including two drivers returning from the trial of the leader of the Indigenous People of Biafra (IPOB), Nnamdi Kanu on the said date were arrested and subsequently detained by the secret police.

The source said they were arrested in Lokoja, Kogi State.

Chamberlain said his brother and others were returning from Abuja after attending Nnamdi Kanu’s trial and on their way to Ebonyi State when they were arrested.

SaharaReporters gathered that one of the drivers is Uket, a father of four children from the Yakurr Local Government Area of Cross River state.

“It’s confirmed, though DSS hasn’t contacted his family. But Godwin Uket is here in DSS custody. He and others were arrested in Kogi, spent the night there, and moved to Abuja the following day,” a source said.

Speaking to SaharaReporters, his brother, Chamberlain said, “We thought it was an accident because we were calling him and he wasn’t picking up. It was when we saw a story on SaharaReporters that we decided to investigate more. We spoke to some of his colleagues and realised he is in DSS custody.

“Our brother is hypertensive and asthmatic, this alone is a cause of worry for our family because we have heard a lot of stories of persons allegedly dying because of the poor facility and treatment given to them while in custody. Their families do not know their whereabouts, only for their dead bodies to be delivered to them or for them to find the person in the morgue.

“The sad part of this confusion and nightmare is that we have not been contacted by the DSS about his arrest and detention after more than 10 days. This has left his wife, children, and our entire family in severe pain and sleepless nights. It is very disheartening and unfortunate to have a country where someone would be arrested for whatever reason and be detained for more than 10 days without access to legal counsel or family.

“Our brother was just looking for honest daily bread like every father and husband would do. He is a man of peace and not known for violence. Imagine the pain his nursing wife with a 2-week-old baby is going through, not knowing where the husband is and how he is fairing.

“Not to mention our family who is currently grieving over the loss of our dear mother whose burial is coming up in August. Our brother is innocent. We are aware he is in DSS custody. Please we beg DSS to release him for us. Let nothing happen to him in your custody.”