Harrison Gwamnishu Opens Up After Being Accused of Withholding Money Donated to Ailing Actor, Kingsley Orji


Activist, Harrison Gwamnishu has admitted withholding money meant for Orji's treatment but has given a reason. 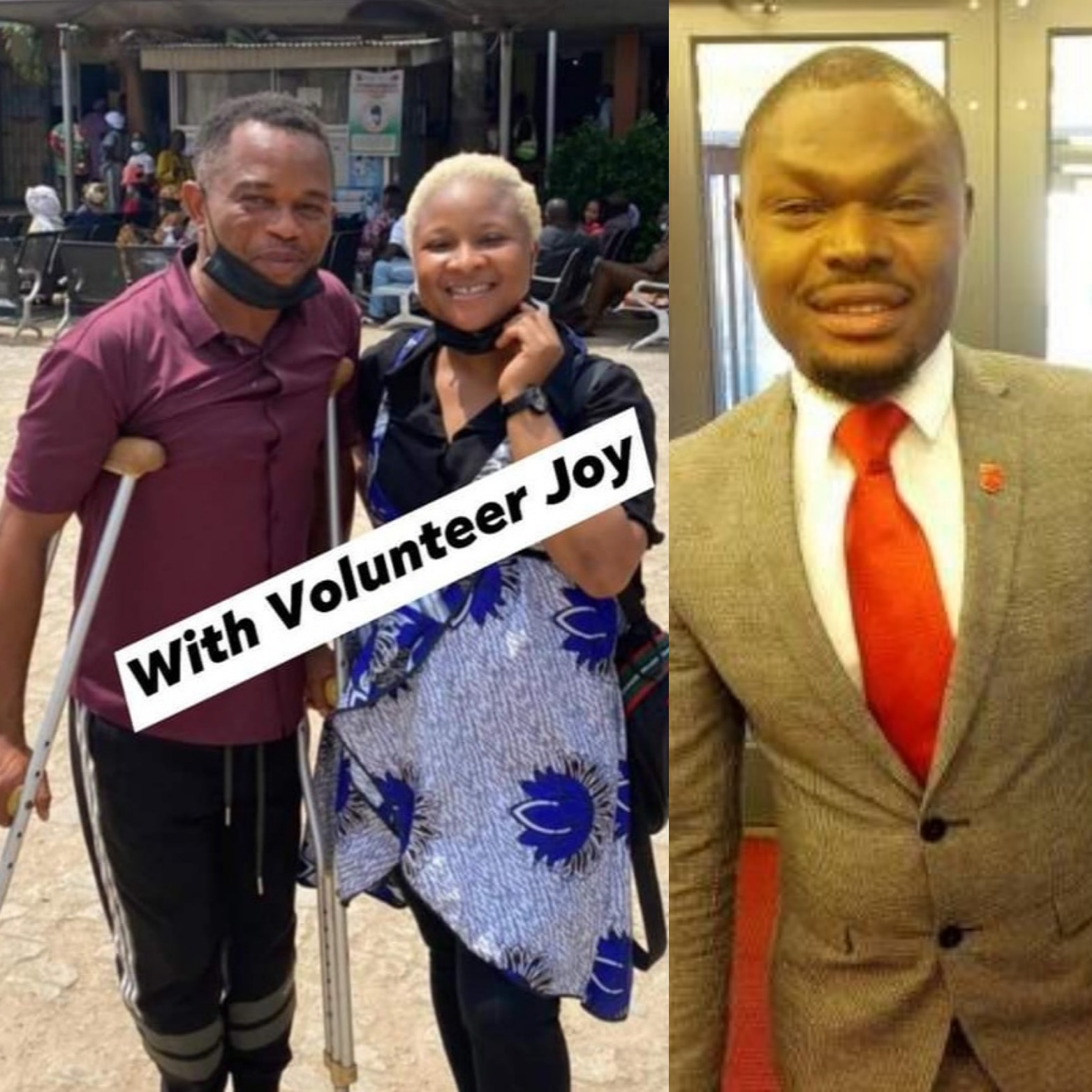 Orji and Harrison
After being called out by Nollywood actor, Kingsley Orji who accused him of withholding money meant for his treatment, human rights activist, Harrison Gwamnishu has finally replied.
Recall that the actor had in a video said that philanthropist, Ibori Ubulu donated money towards his treatment, with N1.5m coming to him while N5m was given to Harrison Gwamishu, but Harrison has refused to give him the 5 million Naira.
Reacting, Harrison said he withheld the money after realising that Orji was using the N1.5m in his possession to do other things not related to his medical care.
Harrison went on the share screenshots showing the efforts he has made to ensure that Orji goes to India for surgery.
Harrison wrote on Facebook: "We paid for the test carried out, paid for the X-ray, paid for his transport to/fro and contacted Visa agent before we find out he squandered the 1.5million which was meant to process his visa."

Giving details of how he met and decided to help actor Kingsley Orji, Harrison wrote: "He reached out to me for help to help him post for help on my page, some persons responded and cash realized amounted to 105,000Naira which I sent to him.
"Later, my brother, Ibori Ubulu called me to ask how we can help in his case, I told him I do not know him personally but he sent me medical reports of his ailment and needs help with the surgery on his leg.
"In the light of that, he sent me the sum of 5million naira with instructions to guide and follow up through the entire process till Kingsley is back on his feet and that he already sent 1.5m naira to Kingsley's account I provided.
"I reached out to Kingsley and also our representative in Lagos to follow through his medical checks (x-ray and lab tests)and also reached out to a visa agent to facilitate his travel plans to fly him to India for his surgery.
"Along the line,I noticed he started drawing back and made some investigations which revealed that some person's sent some money to him prior to that time for his treatment which he squandered..there is an evidence to back this up...we can't allow that happen again.
"After speaking with Ibori, he asked that I ask him to send the money that was initially sent to him to my account so we ensure he gets the required treatment this time. He blatantly refused instead, he said Ibori asked him to use 500,000naira and keep 1m for treatment,I said ok,since 500,000naira is for your expenses,send back one million naira,he still refused till date but insisting for me to send him the 5million naira claiming to have started his visa process which I have no evidence to.
"On this note, I will not be in any dubious act with anyone. #DueProcess
"Note that, he kept asking our Lagos representative for feeding money on weekly basis, meanwhile he claimed 500,000naira is what he is keeping back for feeding.
"I wish him quick recovery but the right thing must be done."
Top Stories