During the interview with Chude Jideonwo, Onyeka Onwenu spoke about her marriage to her ex-husband that produced two sons. 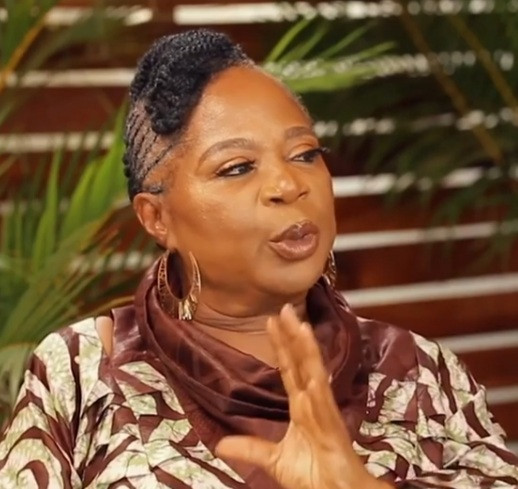 Highly respected Nigerian award-winning singer, actress and author, Onyeka Onwenu, granted an interview where she opened up about her life, marriage, children, and suffering depression.

During the interview with Chude Jideonwo, Onyeka Onwenu spoke about her marriage to her ex-husband that produced two sons.

She also spoke about suffering abuse and getting out of the abusive situation.

She went on to address the rumours of all the powerful men she was alleged to have slept with, including the allegation that former Nigerian President, Olusegun Obasanjo got married to her secretly.

Chude said during the interview: "There's a long list of people you're alleged to have slept with.

Chude then goes on to name some of the people, saying: "Sony Okosun, Fela --"

And Onyeka Onwenu adds: "Yes. They even said he married me. Ahn ahn, what is this? If he's going to marry me, then we'll make it public."

She further spoke about receiving a marriage proposal from the legendary Fela Kuti.

"Fela is a trickster. He knew I'd say no," she said of Fela's marriage proposal.

"I think it was his way of thanking me for coming out in support of him when he was jailed," the singer added.

Asked about her marriage, Onyeka, who authored the book 'My Father's Daughter' said: "I don't like talking about it but because you raised it and because I'd written about it, I have to expatiate."

She continued: "The marriage was incredible, but sometimes, when things happen to people, they change. My husband, I pray for him on a daily basis..."

Watch an excerpt from the interview below.