The past Attorney-General and Commissioner for Justice in Delta denied ever sleeping with his maid. 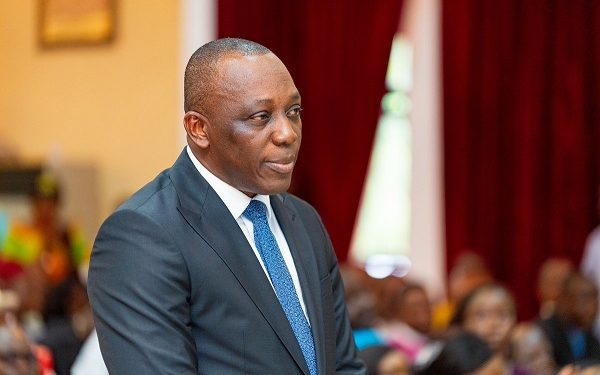 Mrakpor
Dr. Peter Mrakpor has reacted to allegations that he slept with his housemaid and impregnated her.
The immediate past Attorney-General and Commissioner for Justice in Delta State who is also a Senior Advocate of Nigeria (SAN) debunked the news through his aide.
It was alleged that the maid in question worked for his ex-wife Joan Mrakpor.
He also denied that the alleged relationship produced a child.
In a statement signed by his media aide, Akpovoke Otiti, Mrakpor described the allegation as “false, satanic and a calculated attempt to destroy his hard-earned reputation.”
Mrakpor said “a desperate group of disgruntled politicians and enemies” was behind the allegations.
Mrakpor’s marriage to Joan Onyeamachi Mrakpor (nee Ugbah) broke down in July 2020.
Top Stories