Dan Colegate made the tragic discovery in the Pyrenees on Monday, August 9, following a ‘relentless search’ for the last one week. 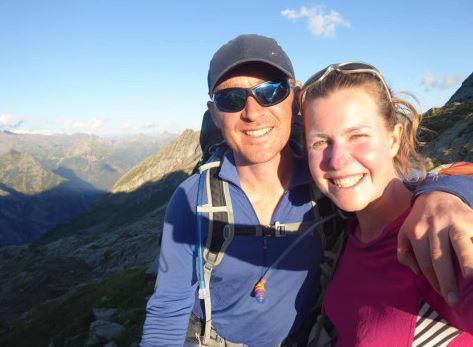 The body of 37-year-old British hiker, Esther Dingley, has been found by her boyfriend where her skull was discovered two weeks ago.

Dan Colegate made the tragic discovery in the Pyrenees on Monday, August 9, following a ‘relentless search’ the last one week.

Esther Dingley, a former research assistant had been travelling around Europe for six years in a camper with her partner before her disappearance.

Esther was walking solo in the mountains when she vanished on November 22 last year.

Her heartbroken family said they were ‘devastated beyond words’ after French police confirmed they had found bones belonging to her in July in France.

‘We are distraught to report that we have received DNA confirmation that one of the bones found last week belongs to Esther.

‘We have all known for many months that the chance we would get to hug our beloved Esther again, to feel her warm hand in ours, to see her beautiful smile and to watch the room light up again whenever she arrived was tiny, but with this confirmation that small hope has now faded.’

After the boyfriend Colegate found the body Monday, LBT Global, which is supporting the family, said an accident ‘is the most likely hypothesis’ cause of the death.

A spokesman said: ‘At this stage an accident is the most likely hypothesis, given the location and other early indications.

‘A full investigation is under way to confirm the details surrounding this tragedy.

‘The family remain incredibly grateful for the efforts of the police units involved and their commitment to understanding the exact circumstances of Esther’s death.’

Forensic specialists and mountain rescue personnel were dispatched to the site on Monday in order to catalogue the scene and recover the body.