The ongoing security operations dislodged many of the bandits' camps, leaving them in disarray and enabling the escape of the hostages being held there. 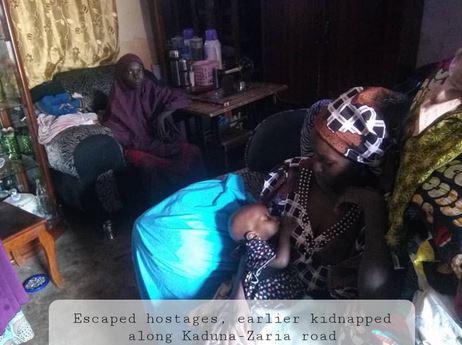 Eleven abducted victims have escaped from bandits' camps at the outskirts of Sabon Birni town in Igabi Local Government Area of Kaduna State.

The State Commissioner for Internal Security and Home Affairs, Samuel Aruwan, who disclosed this in a statement on Thursday, August 12, said the ongoing security operations dislodged many of the bandits' camps, leaving them in disarray and enabling the escape of the hostages being held there.

"Careful checks revealed that the 11 hostages are a mix of those kidnapped from Dumbin Rauga, Zaria LGA and also along the Kaduna-Zaria highway," he stated.

The Commissioner identified the escaped hostages as Fatima Sani, Aisha Falalu, Amina Aliyu, Hadizatu Sani, and Bashar Falalu, all children between ages 7 and 10, from Dumbin Rauga.

Others are; Fatima Umar, Zara Umar (and her infant) Hadiza Madu Sharif, Hauwa Ali, Zara Madu Sharif and Maryam Madu. They were abducted along Kaduna-Zaria Road while traveling from Maiduguri to Ilorin.

"It was reported that the families of those kidnapped at Dumbin Rauga had collectively paid a ransom of Three Million Naira, but the bandits reneged on the agreement to release the captives, insisting that two motorcycles must be included in the ransom deal. The escapees were recovered by the troops and have since been reunited with their families," the Commissioner said.

In another development, troops of Operation Safe Haven reported the rescue of two kidnapped victims, Barira Sulaiman Inusa and Isah Musa, around Kirti village of Jema'a LGA. They have also been reunited with their families.

Furthermore, the troops rescued one Mrs Chioma Amanda Silver, in Ungwan Sarki Goza village, Mariri, Lere LGA. She had been abducted by bandits who abandoned her on sighting the troops.

Receiving the reports, Governor Nasir El-Rufai expressed his satisfaction with the developments, praising the military's efforts and the degrading effect of the onslaught on bandit hideouts across the state. He also commended the swift response of the troops to rescue the kidnapped citizens in Jema'a and Lere LGAs.

The Governor sent his prayers and best wishes to all the former hostages as they rejoined their families. 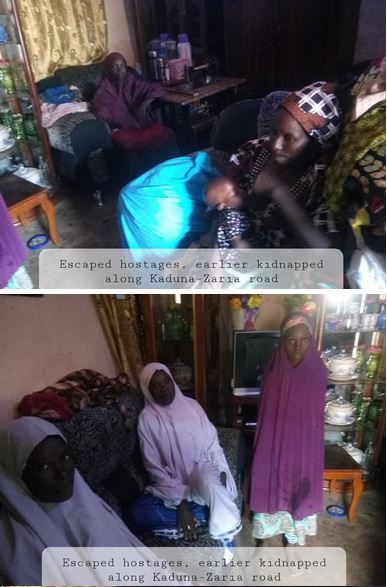