In her discussion with Boma on Thursday, day 19 of the show, Queen said she felt embarrassed by the way Boma talked to her the day before. 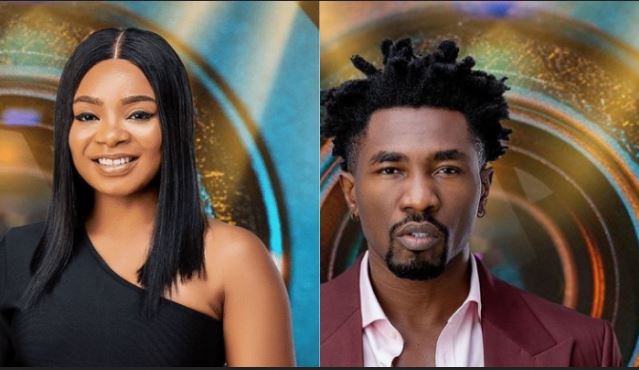 Queen, a Big Brother Naija Shine Ya Eye housemate, has confronted Boma for “embarrassing” her in front of “everybody in the world.”

In her discussion with Boma on Thursday, day 19 of the show, Queen said she felt embarrassed by the way Boma talked to her the day before.

According to her, Boma talked to her in a manner that connotes that she always come to him for food.

She said, “You said that I always come to you because of food but I spent the whole day with you.”

Queen said she reported the case to Pere and Whitemoney because she was angry at Boma and vowed never to talk to him again.

She said, “I told Pere to come and tell you that you just embarrassed me. I don’t know whether he told you.

“I asked him for your reply and he said you didn’t say anything, that I should come and talk to you.

“Whitemoney came to me and asked me to talk to you but I don’t know. My plan was not to talk to you again because I felt very embarrassed last night. I was like, ‘everybody in the world has seen this situation’.”

In a bid to compensate her, Boma said, “I cannot say you shouldn’t feel a certain way. No matter what I try to explain to you, you felt a certain way about it.

“So I’m wrong for sure and I’m sorry about that. That was not the intention but everyone in this house knows me.

“Boma is a two-way string. I’m here and I’m there but I’m not in the middle.”

However, Boma assured her that that was not the case and the duo settled their rift.