Recall the pair were bitter rivals for so many years in LaLiga, but now the former captains of Real Madrid and Barcelona are now teammates at PSG. 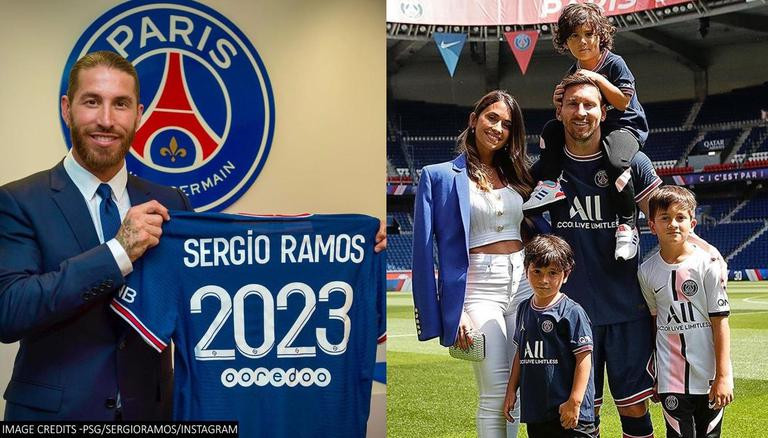 Ramos and Messi
Sergio Ramos has offered to house Lionel Messi and his family at his new Paris home.
He said they can come to his house if they are tired of staying at the hotel.
This comes after the Barcelona legend signed for Paris Saint-Germain.
Recall that Ramos had earlier also signed for PSG.
Recall also that the pair were bitter rivals for so many years in LaLiga, but now the former captains of Real Madrid and Barcelona are now teammates at PSG.
According to El Pais, Ramos has already told Messi if he doesn't want to stay in a hotel he is welcome to bring his family to Ramos' house.
"He could stay at mine for the first week or so,” the 35-year-old defender said on Twitch. "He can find his feet and get comfy, I'd be more than happy to do that.”
Messi is currently staying in the hotel Le Royal Monceau where all PSG's big signings stay while they find permanent accommodation.
The hotel on Avenue Hoch is just off the Champs Elysees and Ramos was there briefly when he signed but is understood to have moved to his own home at Neuilly-sur-Seine area where Angel Di Maria and Marquinhos live.
Lionel Messi at PSG will reportedly see him making €35 million per season, including bonuses from his two-year contract with PSG with an option to extend it to June 2024.
Top Stories