John Tiedjen was the prime suspect after the murder of Brian McGary in 1989, with his blood found on the barrel of the murder weapon and on Brian's pockets. 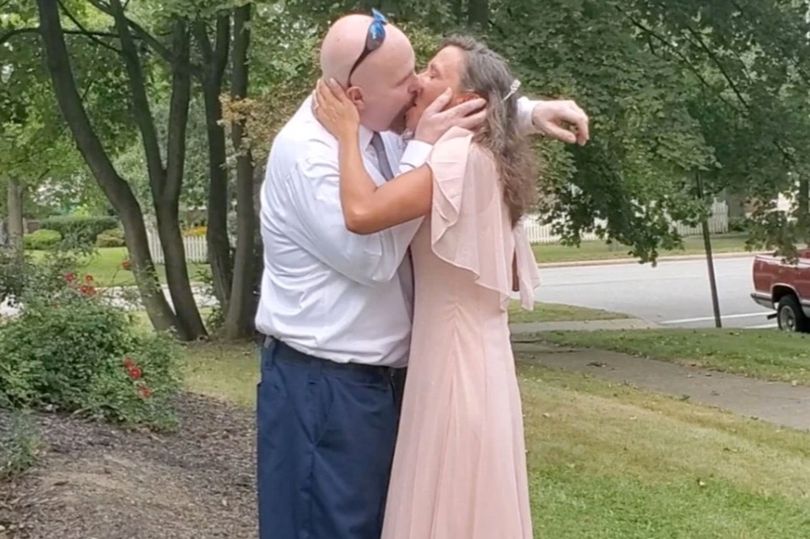 John and Crystal married in his garden as the convicted killer is still under house arrest (Image: instagram/kimlawcrimlaw)

The story has been told of Crystal Straus, a woman who got married to her brother's murderer, John Tiedjen, after forgiving him for the grisly crime - which he may now be cleared of after 32 years in jail.

John Tiedjen, 57, was the prime suspect after the murder of Brian McGary in 1989, with his blood found on the barrel of the murder weapon and on Brian's pockets.

He said he couldn't remember what happened on the night his friend and step-brother was killed.

That wasn't good enough for the judge, who found him guilty and handed down a life sentence.

Murder victim Brian was also the half-brother of bride Crystal Straus, who married John at his home in Cleveland last weekend.

Though John served 32 years in prison out of a life sentence for the killing, he was released on bail this month with a retrial set to begin within weeks after John's lawyers found new evidence distancing him from the crime.

He has consistently denied killing his stepbrother.

Replying to a heartfelt letter from Crystal in which she forgave him, John flatly denied the cruel crime. 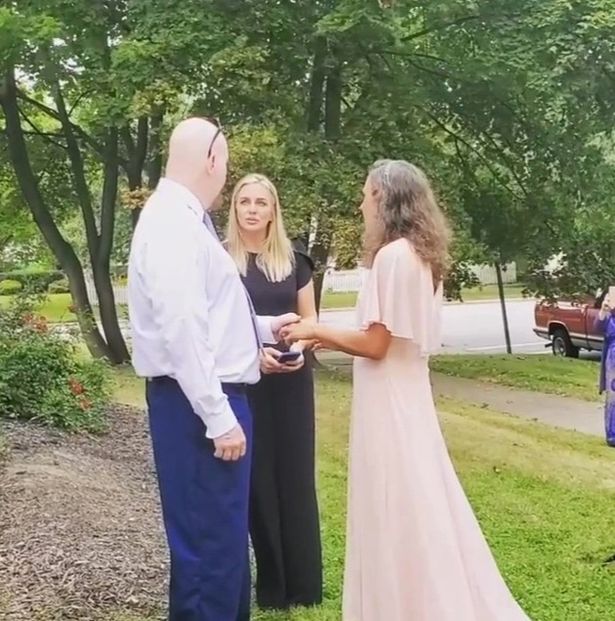 He told 5News Cleveland: "I wrote her a letter back and said 'I didn’t do it. Take a look at this stuff.

The pair began contact around five years ago as memories of Brian began returning for Crystal.

She said: "We both had something in common, the loss of Brian.

"We started talking and it just sparked."

John explained his innocence to Crystal, again telling reporters the evidence of his guilt was weak.

He said: "I had no powder burns, no gunshot residue, no blood, no cuts, no scrapes, nothing on me or my clothing."

John remains on house arrest - though he was able to marry Crystal on his front lawn.

His re-trial is set to begin later this month, where he could be cleared of the crime altogether.