The widows complained that they could no longer go to their farms as a result of bandits activities, pointing out that their husbands that were the bread winners have been killed. 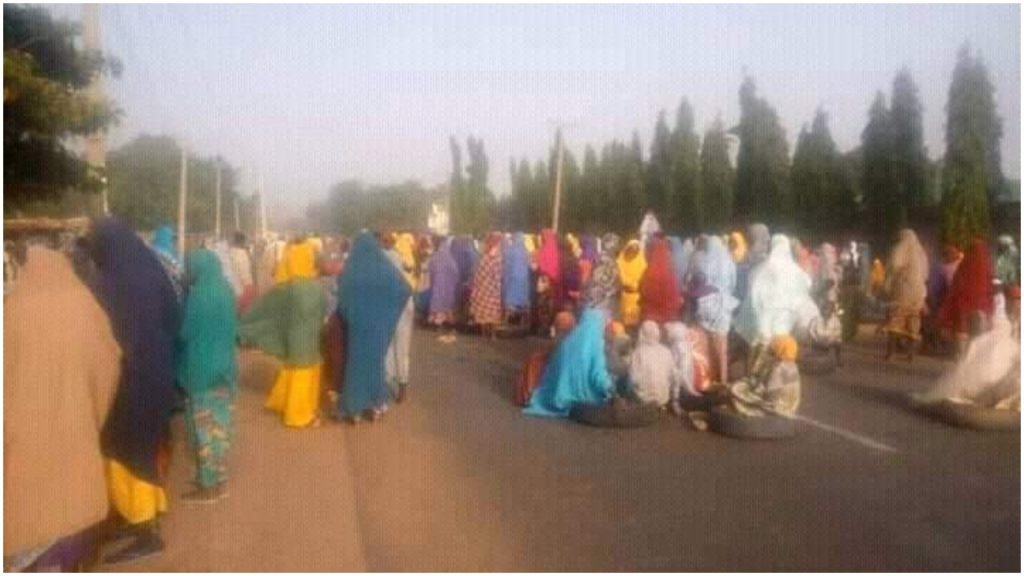 According to a Daily Post report, thousands of widows on Friday gathered in Sheikh Ahmed Kanoma’s Mosque in Gusau, Zamfara State capital, lamenting seriously that their husbands have been massacred by armed bandits operating in the state.

The widows complained that they could no longer go to their farms as a result of bandits activities, pointing out that their husbands that were the bread winners have been killed.

“We ran to Gusau to save our lives and the lives of our children. As we are talking to you now, the whole communities have been deserted for the fear of another bandits attack.

” Many people ran to different locations because we are all afraid of the bandits considering the way and manner they unleashed terror attacks on our communities and no security operative was there to rescue us from their attacks.”

According to them, they could come from Maimadi and Nada Yusrufar communities in the state, saying that more than 50 of their husbands were killed by armed bandits in various communities.

The widows lamented that their cattle which they have been feeding on have also been taken away by the bandits.

“We ran to Gusau due to pressure from the bandits. Even though they did not touch any woman, we ran away due to the tension.”

DAILY POST gathered that the women were moving house to house begging for alms to feed themselves and their helpless children, saying that the situation is now unbearable.

“The government is not feeding us very well and we are suffering for something we did not cause or know about. We are now believing that the government have hands in this banditry activities bedeviling the state since they cannot help us” they lamented.

The widows lamented that they had been helping their husbands for farming activities but now that their husbands are dead, there shall be no more help.

When contacted, Sheikh Umar Kanoma confirmed that they gathered in front of his Mosque, requesting for assistance which he said that he tried his best to make them happy.

Speaking further, Shiekh Kanoma lamented that the women are government property and are supposed to be catered for by the government, pointing out that the government also has lapses in their dealings with the people.

According to him, no responsible government can afford to allow its citizens to be suffering like this especially when the country claims to be the giant of Africa.