In this interview, Nollywood actress, Titi Adeoye, talks about her life including her childhood and her career journey so far. 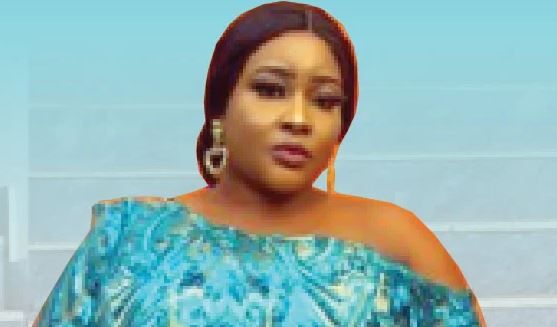 In the past, I did not like talking about my childhood. I initially thought my parents hated me because I was always responsible for doing a lot of house chores despite having other siblings. I did not know it was the training I needed to build and empower me as an adult.

Acting is a talent from God. It is my second nature and I can play any role spontaneously. I actually started acting in school and churches. I later joined the Mr Latin Theatre Group (owned by Bolaji Amusan, aka Mr Latin) in 2007. Mr Latin gave me the privilege to act as an agent in the movie titled, Baba Eleran in London.It was a big deal for me back then.

My mum initially opposed my acting career due to the misconceptions she had about actresses. However, my dad was very understanding and he supported me from the onset. Having gone this far, I must say all members of my family are now very supportive and they encourage me.

The only challenge I had back then was the lack of opportunities to prove my abilities. However, my story changed when I kept persevering and getting early to movie locations. I also gave my best to the roles assigned to me. My confidence level increased and I got more opportunities to showcase my craft.

I consider a movie’s storyline before deciding to feature in it. Money is secondary to me.

I have never faced discrimination because I am a single mother. Rather, most people like me because I have a child and I don’t hide her.

My greatest fear is failure. The fear of failure motivates me to constantly become a better version of myself.

I am not crazy about looks. When it comes to my favourite qualities in a man, I look out for someone who is Godly, kindhearted, loves genuinely, respects people and is financially stable.

Nollywood is actually lucrative. But, some people make it hard to earn money in the industry. For example, some people still expect one to feature in their movies for free. You want me to fuel my car, buy costumes and come to the movie set without paying me a dime? That is actually alarming.

My pointed nose gets me the most attention.

That is one topic I don’t feel comfortable talking about.

A lot of us (actors) venture into side businesses because acting alone is not that lucrative. Money is needed for mostly everything one needs to do. For example, many producers do not provide costumes for their cast anymore. One has to get costumes for oneself when coming on set. On the other hand, acting does not stop one from having side hustles. One can have different businesses that would bring in money for one. Aside from acting, I am into the real estate business.

There was a time I wanted to give up on acting. That was when every Tom Dick and Harry wanted to sleep with me. I then asked myself, ‘Am I the only person in this industry or are others invisible’? I had to go low-key for some time just to re-strategise and gain clarity on the issue.

Fame has not deprived me of anything. I already promised myself to always be myself, no matter what I become or no matter how high I rise in life.

For celebrities who flaunt their wealth on social media, I believe it’s a personal decision, just like those who don’t flaunt their achievements. No one can control how others live or behave. I am not the kind of person that likes blowing her trumpet .I like doing my things on a low-key.

Being in the limelight has nothing to do with failed marriages. If you look at the larger society, marriages crash as well but because celebrities are in the limelight, people tend to point accusing fingers at them that their marriages don’t last. Even then, there are still a lot of marriages that have stood the test of time in the industry. Nollywood has nothing to do with failed marriages; it all depends on the individuals involved.

I am not happy about a lot of things in the industry, especially the crises here and there. The way women are being stigmatised in the industry is alarming. It is wrong to say that an actress must have slept with every Tom Dick and Harry in the industry to get to the top. It is offensive and derogatory.

I love to dress simply and classy.