The accident reportedly occurred before Bannex Junction in Abuja, in the early hours of today, Saturday, August 14. 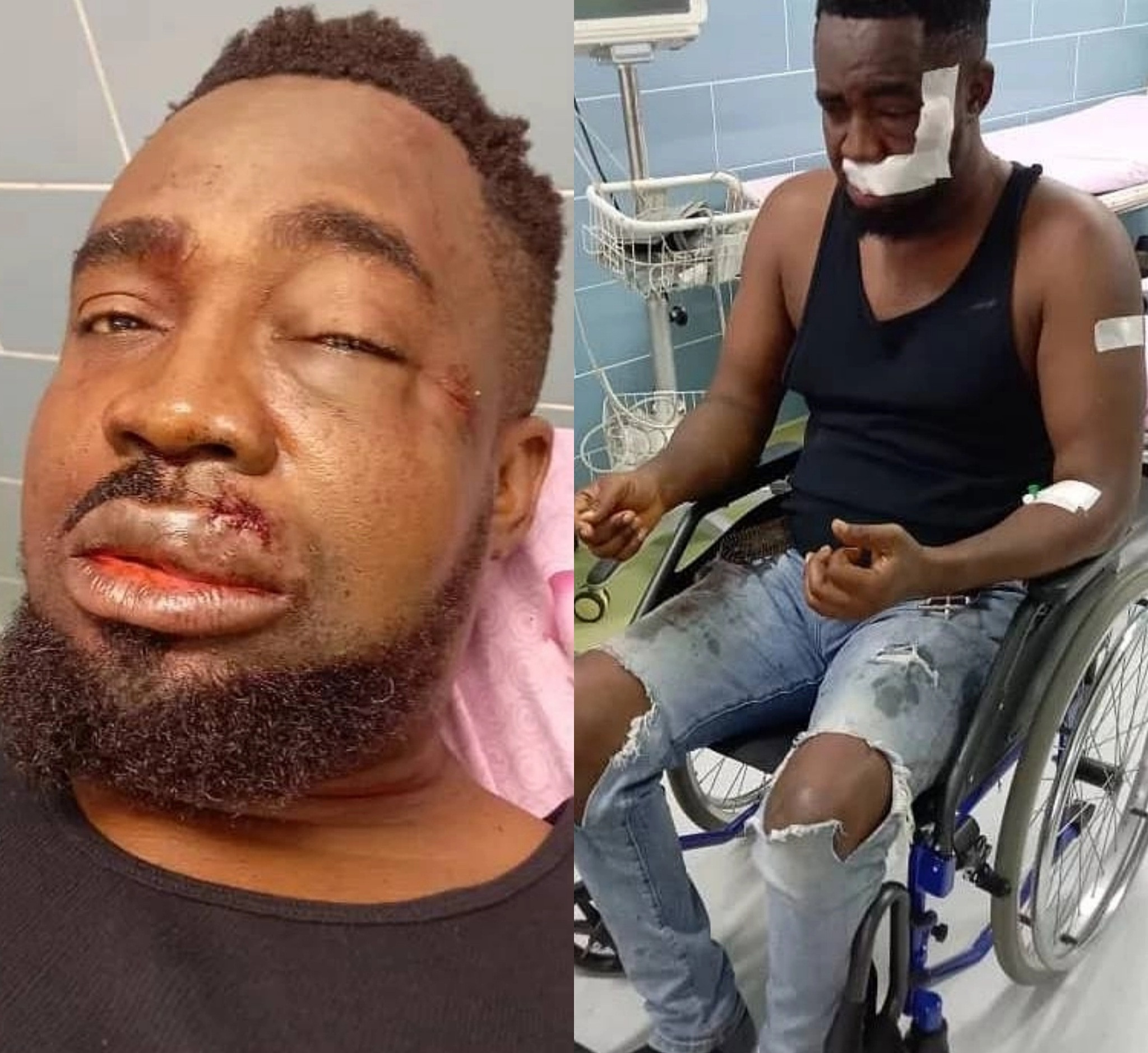 Mr Raw, the popular Nigerian rapper, and his friend have survived a ghastly motor accident.

The accident reportedly occurred before Bannex Junction in Abuja, in the early hours of today, Saturday, August 14.

According to Raw, he was pulled out of the red car unconscious after another driver rammed into the car.

He said he passed out twice but fortunately, he is now in a stable condition and is responding to treatment.

Taking to his Instagram page to thank God for his survival, the rapper wrote; Thank God for my life o!.

"It's a blessing being alive in the land of the living.

"I was involved in a ghastly motor accident early this morning at abuja (before Bannex junction)....I was unconcious when I was pulled out of the red car after a another driver rammed into our car.

"I passed out twice but i am stable now and responding to treatment.

"@mickeystainless get well soon my friend.

"The driver is receiving treatment as well. 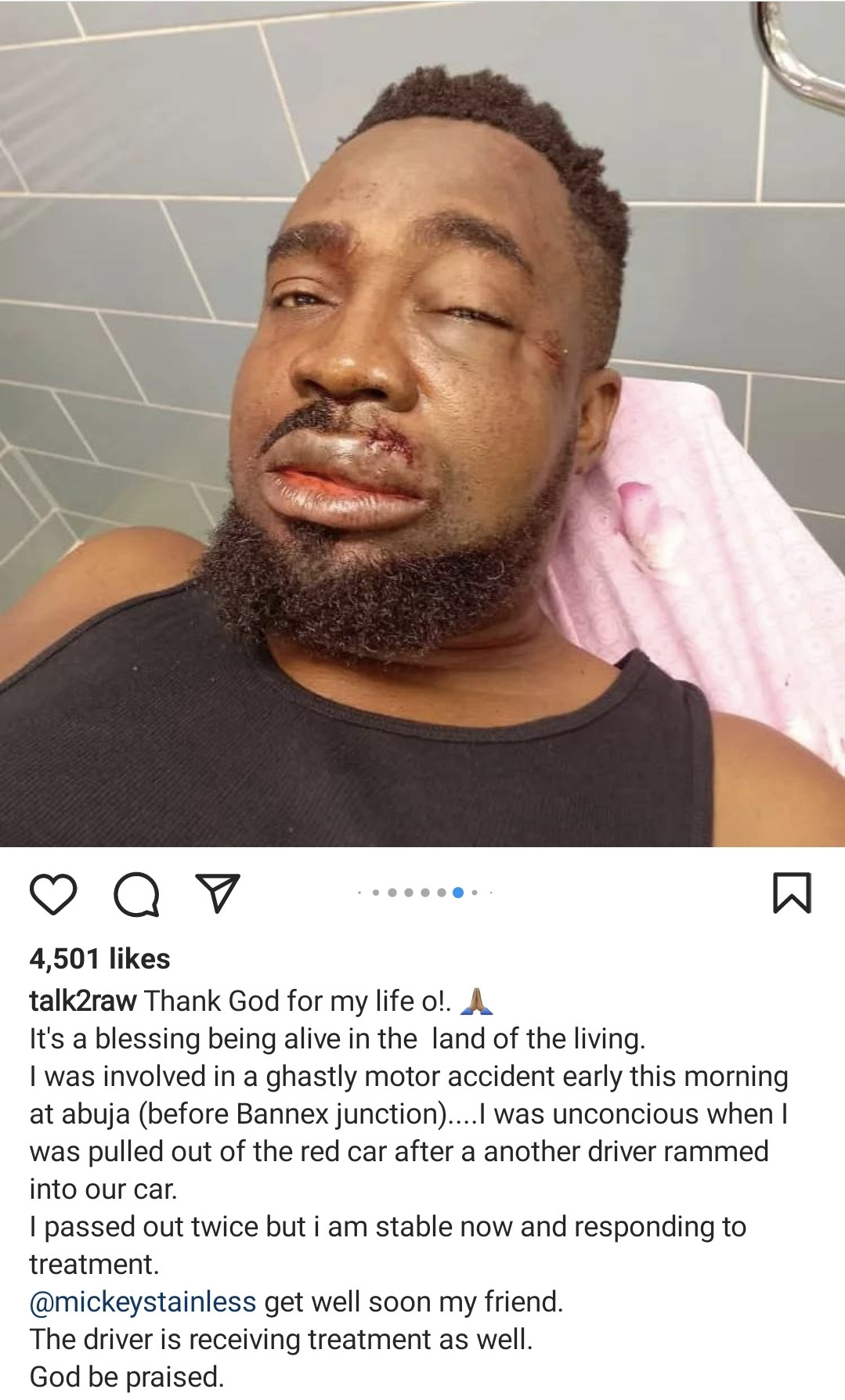 See more photos and watch the video in the slides below... 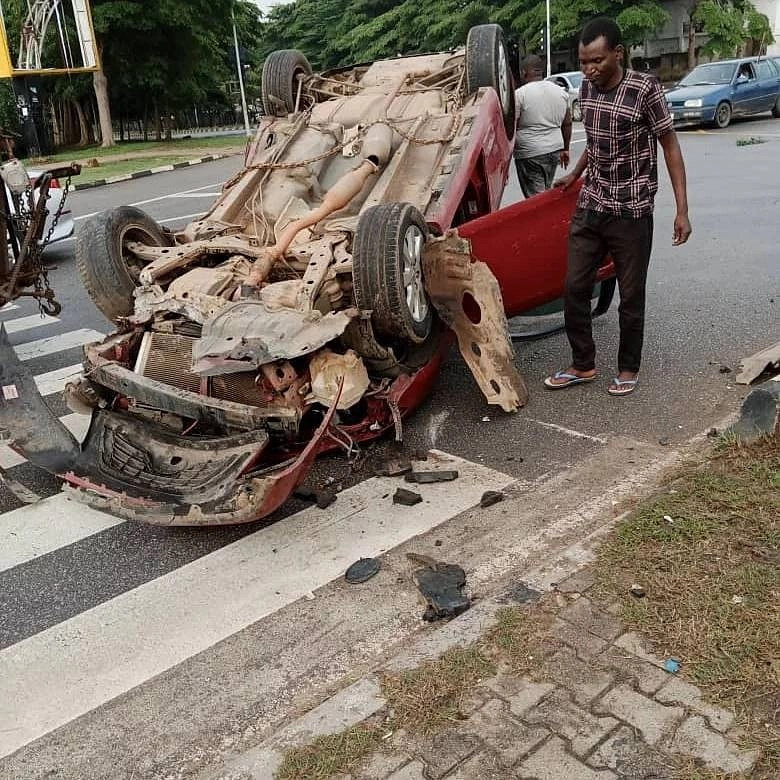 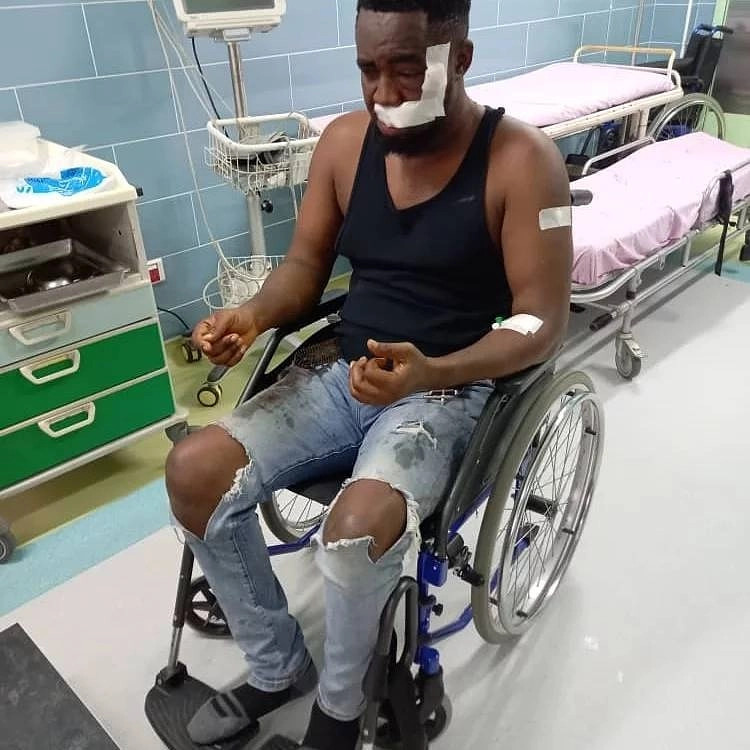 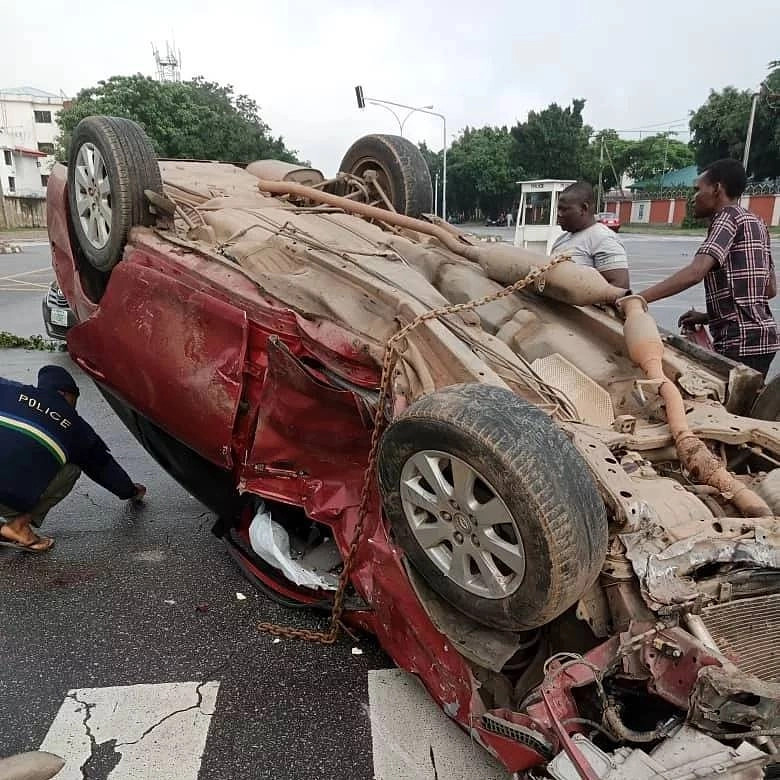 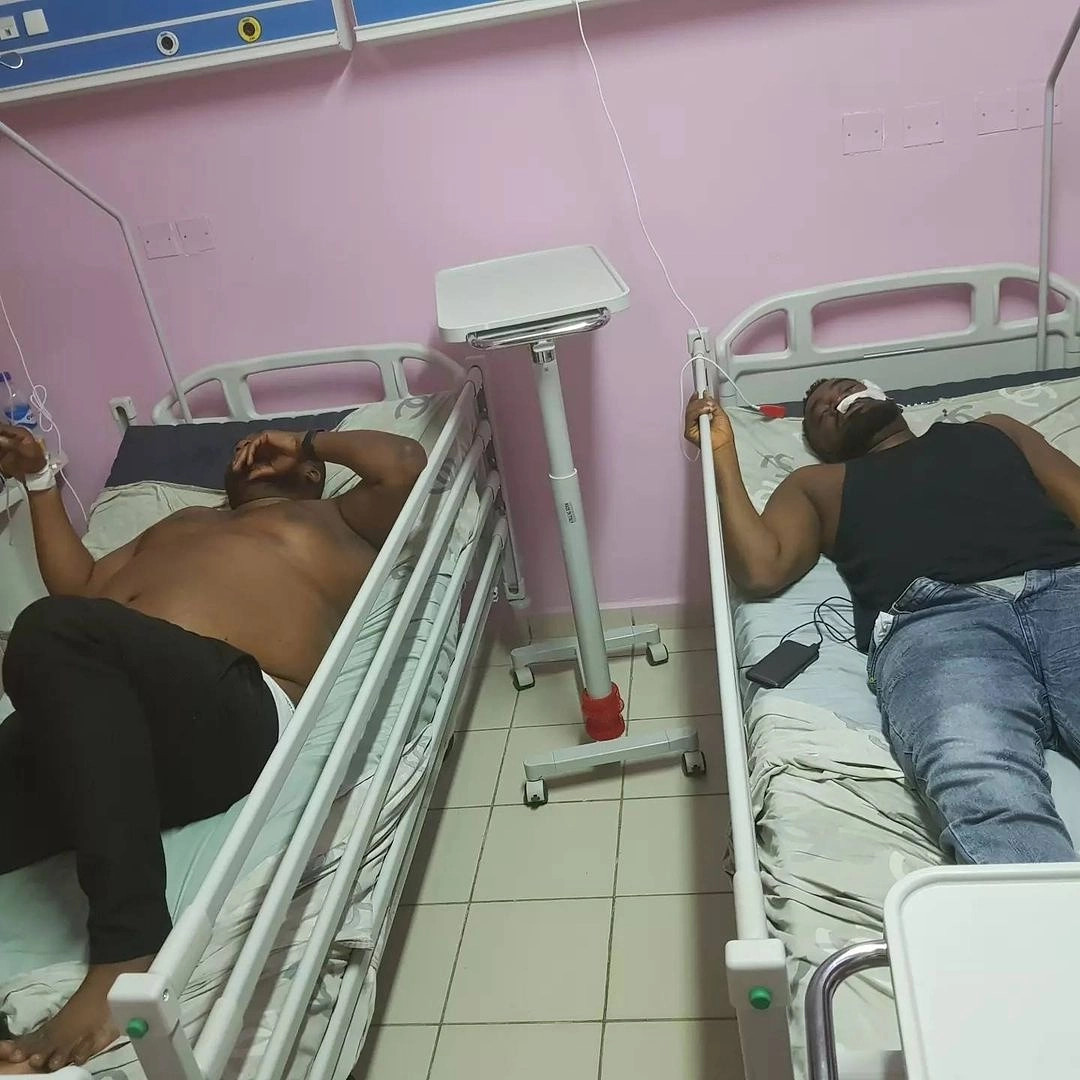