It was also gathered that the Nigerian man has been staying illegally in India. 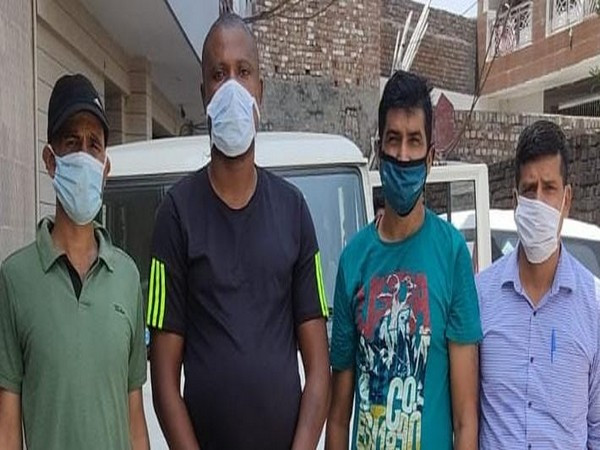 Ohenhen arrested in India
Security operatives in India have arrested a Nigerian man, Ernest Michael Ohenhen accused of duping a citizen the sum of N33.3m.
It was also gathered that the Nigerian man has been staying illegally in India.
He reportedly duped a Dehradun resident of N33.3m on the pretext of investment in cryptocurrency worth Rs 2 crores, the Uttarakhand Special Task Force (STF) said on Tuesday, August 17.
According to Senior Superintendent of Police (SSP) STF, Ajay Singh, the accused identified as Ernest Michael Ohenhen fraudulently took Rs 60 lakhs from the complainant.
In a joint operation, Uttarakhand STF and cyber police arrested the accused from Delhi in a case of cyber fraud.
The police recovered eight cellphones, two laptops, and other gadgets from Ohenhen, who was also allegedly engaged in another cyber fraud in Devprayag, Uttarakhand.
Top Stories