Campus Trackers gathered that Yusuf d*ed on Wednesday, Aug 18, after being sh*t. 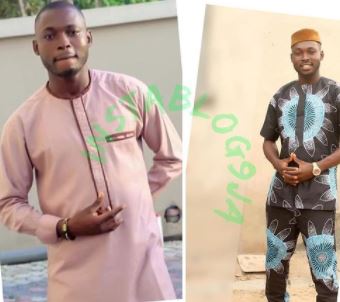 Nurudeen
Details have emerged how a student activist at the Lagos State University, Yusuf Nurudeen was shot dead after appearing before the school's disciplinary committee on Wednesday., August 18th 2021.
It was gathered that the young man was killed by unknown gunmen in front of the school gate hours after appearing before the school's disciplinary committee over alleged admission racketeering and unlawful possession of university documents.
Similarly, a staff-activist in the school who had openly expressed support for Nurudeen was also shit in the back and said to be in a coma.
It was learnt that the disciplinary panel had been postponing the sitting for unknown reasons since January 2020. Before his assassination, Nurudeen, a leader in the Education Rights Campaign (ERC)— platform of activists organised on Nigerian campuses to campaign for free education— described the probe as an attempt to frame him for being an outspoken opposition to the management of the school.
He was also said to have got married six months before his death, leaving behind a three-month-old child.
Top Stories