The university also stated it had suspended all academic activities for the second time thereby stalling the 2019/2020 session pending a return of normalcy. 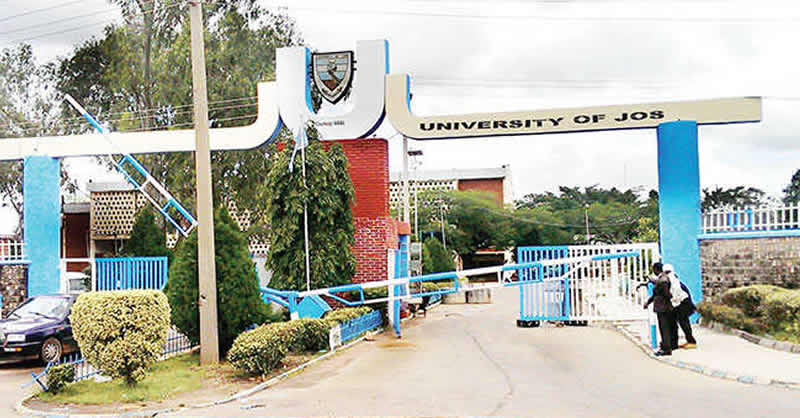 According to SaharaReporters, the management of the University of Jos in Plateau State has ordered students on campus to vacate their hostels with immediate effect until further notice because of insecurity.

The university also stated it had suspended all academic activities for the second time thereby stalling the 2019/2020 session pending a return of normalcy.

The institution’s actions were contained in a statement signed by its Registrar, Monday Danjem, on Friday.

The statement reads in part, “Following the risky and precarious insecurity situation in Jos, the imposition of dusk to dawn curfew, which has affected the academic activities including the suspension of Second Semester Examinations for the 2019/2020 Academic Session in the University of Jos, the University continued to experience the loss of lives of some of our students.

“Consequently, the Management of the University of Jos, after an emergency meeting with the Committee of Deans, Directors and Provost on Friday, 20th August, 2021, has approved the suspension of Examinations for the Second Semester 2019/2020 Academic Session and all Academic Activities in the University until further notice subject to ratification by the Senate of the university.

“The management has also directed the closure of all Students Hostels until further notice.

“Management’s decision was taken following an Emergency Meeting of Management and the Committee of Deans, Directors and Provost of the university held on Friday 20th August 2021 in view of the intensified killings of students around the University of Jos area shortly after the relaxation of the 24-hour curfew in the state on Monday, 19th August, 2021, and also considering that it will be risky to delay security measures to stop the brutal killings of students and protect the lives of students, and also considering the high risk involved in having a Senate meeting in the present risky and precarious security situation in which the brutal killings of students and staff of the University seem to be on the rise.

“All students of the university resident in the various Hostels are to return home or safer places until normalcy is restored. Students are also advised to use safe means of transportation to their respective safer destinations.

“We passionately appeal that a joint patrol team of armed soldiers and other law enforcement agencies should beef up security and ensure that students are adequately protected as they evacuate their hostels to safe destinations; the life or security of every student matters to the management of the University of Jos and other stakeholders.

“Students are to note that adequate notice will be given to them when normalcy is fully restored in Jos and environs to enable them to return for the completion of their second-semester examinations and other academic activities.”