There was also palpable tension between residents of Ile-Ife and Modakeke following the killing of the five farmers from Modakeke along Toro Road in the early hours of Friday. 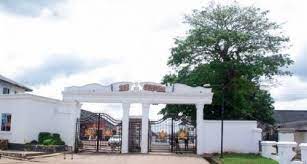 According to SaharaReporters, there was serious tension on Friday after some motorcyclists who accompanied corpses of people killed by bandits in Ile-Ife, Osun State, attempted to invade the Ooni of Ife’s palace.

There was also palpable tension between residents of Ile-Ife and Modakeke following the killing of the five farmers from Modakeke along Toro Road in the early hours of Friday.

The five victims, all males, were found dead on the road to Toro village, where they reportedly had farms.

A community leader in Modakeke, Mr Femi Eluyinka, who confirmed the incident in an interview with our correspondent, said some people from the town, accompanied by police operatives, evacuated the corpses.

Eluyinka, who said the incident had aggravated tension in Modakeke town, said, “Policemen operatives have arrived; tension is on the rise; five of them (deceased) were indigenes of Modakeke and they were killed this morning along Toro road. They were heading to their farm.”

An eyewitness, who preferred anonymity, said some youths who had mobilised and waited at the entrance of the palace, repelled the attackers and arrested some of the youths, as well as some of their motorcycles.

When contacted, the spokesperson for the Osun State Police Command, Yemisi Opalola, said, “We heard some people were killed and the Commissioner of Police has deployed more policemen into the area.”

The Osun State Commissioner of Police, Olawale Olokode, on Friday, met some Ile-Ife chiefs, as the command intensified efforts to dispel tension caused by the killing of five Modakeke indigenes by unknown assailants.

At the meeting held in Ooni’s Palace were Obalufe of Iremo, Chief Idowu Adediwura and Lowa of Ife, Chief Adekola Adeyeye, amongst others.

After the meeting, Adeyeye, who appealed for calm, said the police had assured Ife community that the perpetrators of the crime would be apprehended and brought to book.

He said, “Osun State Commissioner of Police acted promptly. The intervention doused the tension, and the CP promised that incident of such would never happen in our community again. We call for calm as the police unravel the mystery behind the killing.

“He promised that police would ensure that those behind the incident would not go unpunished. There was an attempt to attack the palace but that was repelled. Some of the attackers were arrested and handed over to the police.”