This was disclosed by the member representing Sabon Birni North constituency at the Sokoto State House of Assembly, Aminu Almustapha Boza. 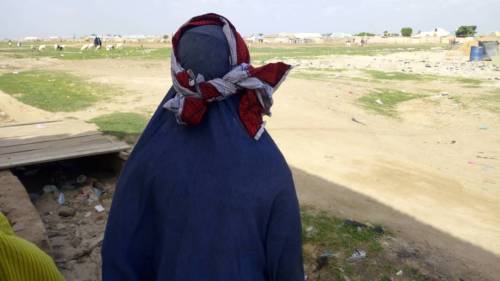 According to a Daily Trust report, more than 50,000 residents of 17 communities in the Sabon Birni Local Government Area of Sokoto State have relocated to Niger Republic over incessant bandits’ attacks.

This was disclosed by the member representing Sabon Birni North constituency at the Sokoto State House of Assembly, Aminu Almustapha Boza.

The lawmaker, however, alleged that he made several attempts to see Governor Aminu Waziri Tambuwal over their plight but to no avail.

“I have been trying to see the governor but he refused to grant me audience because he knows my reason of seeing him.

“Our people are being killed every day. So far, we counted over 50,000 of them taking refuge in Niger Republic. It took us two days to count them in the presence of Governor of Maradi and chairman of Gidan Runji.

“I am regretting joining politics. I know the kind of support we gave the governor during his re-election because he promised us security, development and others but look at it, my people are suffering and he cannot come or send a delegate or even relief materials to them.

“The last time he (Tambuwal) came to our area was after bandits massacred several people in Tarah area last year where he advised my constituents against taking arms to defend themselves,” he alleged.

However, Governor Tambuwal denied shunning the lawmaker, saying he had been contacting him over the security situation in his constituency.

Speaking through his media aide, Tambuwal recalled that he had facilitated a meeting between the Commissioner of Police, the Director DSS in the state and the lawmaker during which he was directed to contact any one of them in any distressed situation.

He added that the member was one of the two members invited for the last security meeting but only that of the Isa Constituency attended.

Tambuwal further explained that providing security is a prerogative of the president but despite that the state government would not shy away from its responsibility of ensuring the wellbeing and welfare of its people.

Tambuwal also said that he had called the lawmaker last Thursday before departing the state on an official trip.

But the lawmaker denied being invited to attend any security meeting, just as he admitted talking to the governor on phone last Thursday during which he asked him to call the Minister of Police Affairs, the Chairman Senate Committee on Defence, Senator Aliyu Wamakko, Senator Ibrahim Gobir and the Chief of Army Staff over the security situation in his area, to which he responded that he was not the “Chief Security officer” of the state.

“That was the only time he called me and those were what he told me to do,” he alleged.

Boza described the condition of the refugees as pathetic because they were staying in an open place with no toilets, food or drugs.

“They are living under the rain and sun, with nothing from the local and state governments. I bought some bags of garrin rogo, rice and mosquito nets with some drugs for them and I will buy more today. My fear is what will happen if there is any outbreak in the camp,” he said.

He noted that over 300 people lost their lives to banditry in Sabon Birni Local Government Area between 2020 and now.