Why My Jaguar Car Was Impounded In US – Ex-Petroleum Minister, Kachikwu


Ibe Kachikwu has finally opened up over allegations that he smuggled a stolen car to the US. 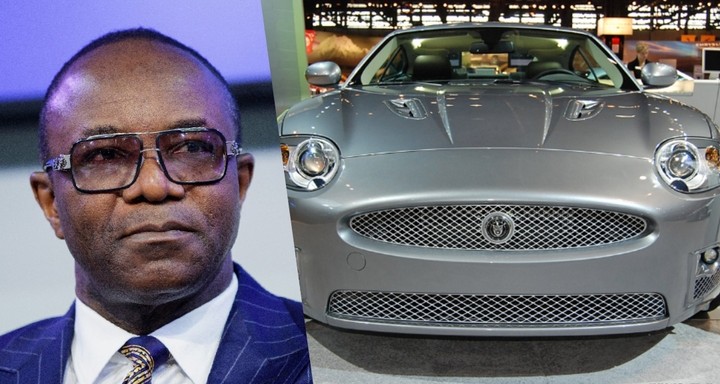 Ibe Kachikwu
After being accused of smuggling a stolen luxury car to the United States of America, Nigeria’s former Minister of State for Petroleum, Ibe Kachikwu has reacted.
Recall that Peoples Gazette, had alleged that Kachikwu smuggled a car stolen in Jamaica into the USA, where it was impounded by US authorities.
However, in a statement signed by his media aide, Prince Harrison, the ex-Minister said that the car in question, a Jaguar, was impounded in the US for emission reasons and has since been released.
He added that he bought the car in 2009 from a company, Dazz Motors Nigeria Limited, with its registered office in Victoria Island, Nigeria.
The statement read, “The attention of Dr. Emmanuel Ibe Kachikwu has been drawn to a false, patently misleading, and frivolous publication by an online news medium. The publication which alleged that the former Minister smuggled a stolen jaguar car to the US is not only absurd but manifestly untrue. For the avoidance of doubt, it is expedient to set the record straight.
“Sometime in 2009, Dr. Kachikwu bought a Jaguar car from Dazz Motors Nigeria Ltd, Victoria Island, Lagos. The Managing Director then was Emmanuel Jack. The car was fully paid for.
“After using the car for some years, it was gifted to a relation in the United States of America (USA) and following due local customs processes, the car was shipped to the US. However, on arrival, the car was impounded by the US Customs on suspicion of being a stolen car and for emission control Infringement as cars with European and African emission control specifications cannot be used in the US.
“Consequently, the US Customs was furnished with details of the car and purchase receipts, and the car dealer in Nigeria was contacted. The car dealer confirmed the facts and absolved Dr. Kachikwu. After investigation and relevant administrative processes, (there was no court case), the US customs discontinued the investigation as there was no proof that the vehicle was stolen but the emission breach would not allow the car to be used in the US.
“The car was therefore released to Dr. Kachikwu. The dealer was also not prosecuted for want of sufficient evidence.
“The car was subsequently returned to the dealer in Nigeria and refunds were made to Dr. Kachikwu. There is therefore nothing done wrong by Dr. Kachikwu. If anything like the US customs determined, he was an innocent victim. These are the facts.”
Top Stories