Man Allegedly Steals Car, Repaints It Within 8 hours In Kwara


The father of two committed the offence at one private hostel in the Kwara State University (KWASU), Malete area of the Ilorin metropolis. 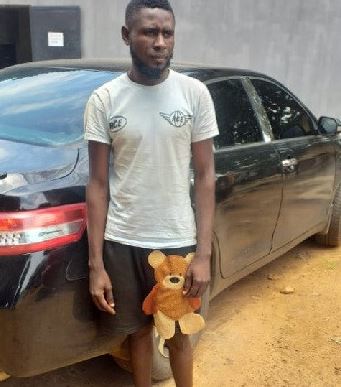 A 27-year-old man, Abubakar Aliyu who allegedly stole a Toyota Camry saloon car and repainted it the same day to avoid being caught has been arrested by Operatives of the Nigeria Security and Civil Defence Corps (NSCDC) Kwara State Command.

Spokesperson of the command, Babawale Afolabi, in a statement in Ilorin on Monday, August 23, said the suspect, a father of two, committed the offence at one private hostel in the Kwara State University (KWASU), Malete area of the Ilorin metropolis.

"On Thursday, August 19, 2021, our intelligence and investigation department were deployed to look out for the said car upon receiving the complaint about a missing car. The incident occured at a hostel in the Malete area in Ilorin. Through an effort of the surveillance team of intelligence and investigation department, Abubakar Aliyu was arrested with the car,” the statement said.

According to Afolabi, the owner had parked the car in front of the hostel on Wednesday, August 11, 2021, around 11 p.m but was shocked when he could not find the vehicle the next day.

"Abubakar broke through the window of one of the hostel and made away with the car key thereby succeeding in stealing the said car. The suspect took the car to one painter, Adewunmi Taiwo Gabriel at his shop located at Oko Erin Area, Ilorin, where the red colour was changed to black colour. This was done under eight hours with the suspect standing by the painter and taking the car out of the place the same day," he stated.

“The painter, Adewunmi Taiwo, may not have conspired with the suspect but acted foolishly for painting and changing the colour of the car,” he added.

He also said that the two suspects are now in civil defence custody, adding that Abubakar had confessed to having committed the crime.