The game had one target task and six hurdles, and the male and female housemates who would go through the hurdles in the shortest time would win the prize. 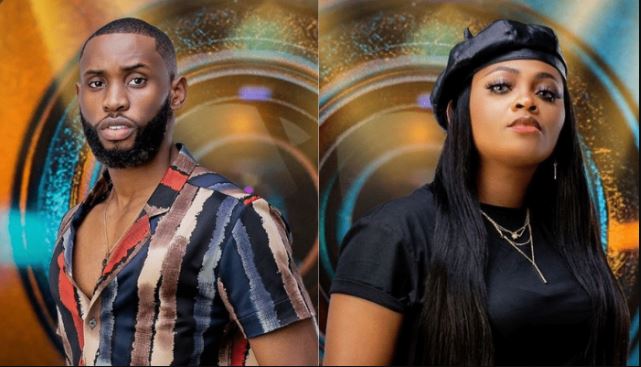 This happened on Wednesday, day 32 of the show, as all the housemates were made to compete in a hurdle game for a grand prize of N2m and brand ambassadorship for the drink brand, Supa Komando.

The game had one target task and six hurdles, and the male and female housemates who would go through the hurdles in the shortest time would win the prize.

During the second hurdle that involved going under an obstacle, Emmanuel and Tega sustained injuries.

When it got to Emmanuel’s turn, he forcefully dived under the obstacles and it appeared that he sprained his arm as he screamed in pain, holding his arm.

Consequently, he couldn’t continue the game and had to give up the prize.

During Tega’s turn, she also experienced a sudden pain on her shoulders as she dived under the obstacles.

Though she screamed in pain, Tega still completed the task, managing just an arm during the entire process.

JMK, however, experienced a fall while going through the tyre obstacle in the game.

This initial part of the game will produce two female and two male contestants who will then contest for the final round.

At the end of the first round, the final competitors were Queen, Saskay, Cross and Yousef.