Ebonyi, Three Others Get N24 Billion For Ranching


Special Assistant to President Muhammadu Buhari on Media, Garba Shehu made the confirmation on TV. 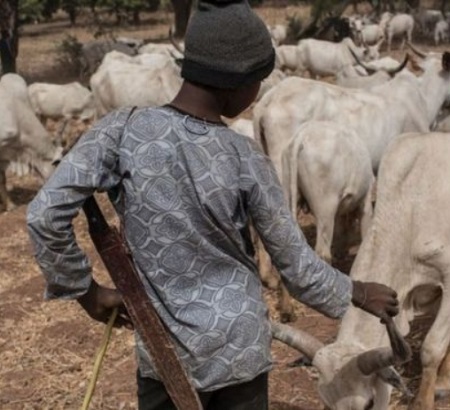 President Muhammadu Buhari has approved N24 billion for Ebonyi, Yobe and Katsina states for ranching.
The Federal Capital Territory (FCT) is also included in the money sharing.
Special Assistant to President Muhammadu Buhari on Media, Garba Shehu, stated this last night on Politics Today, a programme on Channels.
He said four received N6billion each for ranching and other associated purposes.
He, however, did not disclose when they got the funds, though he said Katsina was the latest to get it.
Shehu said eight other states will get theirs soon as their applications are being processed.
He said any state that is interested and meets the requirement will get the same grant.
Shehu said: ” Yes, Katsina has been given, but Katsina is not the only state that has been given.
“So far, about N24billion has been disbursed to about four states for ranching and associated activities.
“Yobe has been given. Ebonyi has been given and FCT has been given. More than eight other states are now being processed for this payment.”
Shehu said the programme is one of the ways the Buhari Administration intends to end the farmer/herder clashes.
Top Stories