The 35 years old wife, identified as Hannah Markson, was from Okotiama community in Gbarain clan, Yenagoa, the state capital. 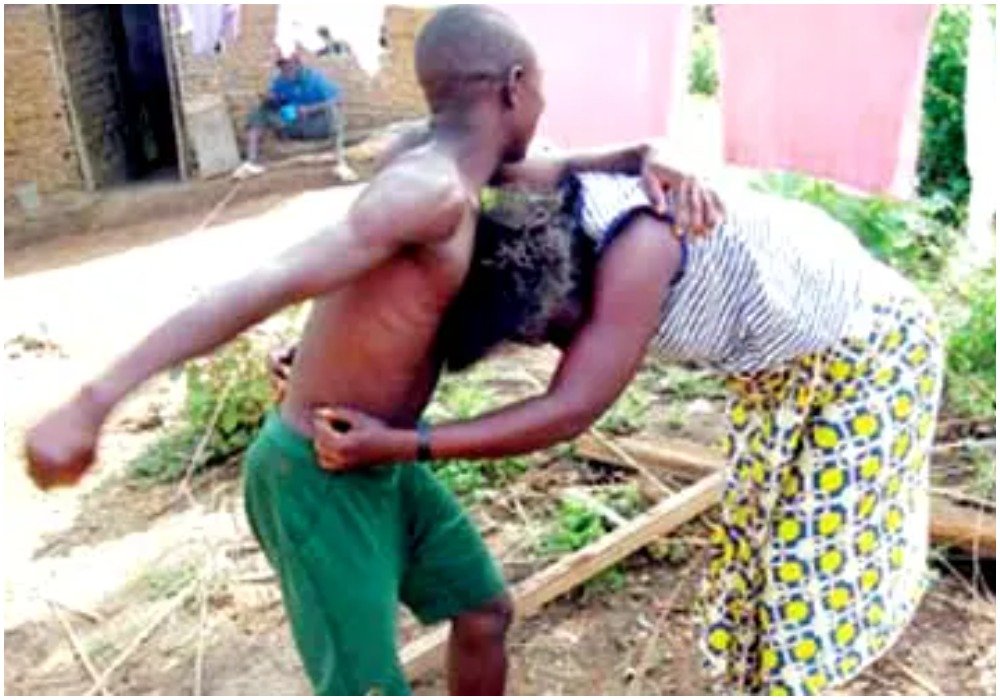 In what will come across as a really shocking development, a middle-aged man, identified as Mr. Patrick Markson, has allegedly committed suicide after killing his wife, in their Yenagoa residence, on Thursday morning.

According to DAILY POST, it was gathered that Markson, who was a civil servant with the Yenagoa Local Government Area council, allegedly hit his wife’s head with a sledged hammer while she was deep asleep and watched her bleed to death.

He thereafter drank a poisonous substance suspected to be an insecticide and laid on the same bed close to where his dead wife was in their home at Odede street, off Tombia Amassoma road.

The 35 years old wife, identified as Hannah Markson, was from Okotiama community in Gbarain clan, Yenagoa, the state capital.

A family source, Mr. Victor Kubor told DAILY POST, that Markson had complained about his marital troubles only two weeks ago.

He said, “I was surprised when I heard the news about their death. I know they were having issues and two weeks ago he complained to me about some marital issues, and I told him that we will see and discuss but we never did”

This morning a friend called me that both husband and wife were dead; that the husband (Patrick) beat the wife to death and drank snipper after his action.

I’m so shocked at the news, who did they leave the six children to, what a world.

According to the elder sister of the wife, Mrs. Boufuru Timipre, her sister was a gentle lady that had no time for problems.

She said ”Yesterday we were frying garri, and the husband called me that he wanted to speak with my sister if we were together, and I told him that when I get to where she was I will pass the message. On reaching her I told her and immediately we tried reaching him but we couldn’t, later he called again but I have left where she was so he told me to tell her to bring garri for home use”

”This morning, the son called me that his mum was seen dead and he wants me to come, as I was going to the house I called him and ask of the day and he told me the dad too was dead. So when I got to their house I went straight to the room, and I saw them both lying on the bed dead, but I noticed a can of snipper by the bed and a big hammer.

She added that they had matrimonial issues but she has often spoken and settled both of them as husband and wife.

She said, “The genesis of their problems was when my husband died and I had a contract which I engaged him to benefit, after the contract he got N800,000 for himself and never gave anything to the wife, she was bittered and reported the issue to me, I approached him and told him what he did was bad to have treated her like that, because I involved him due to the facts that he married my sister but I didn’t suspect it will result to this, look at now they are both gone”.

A compound chief and the head of Aputu family, Chief Anthony Jacob, said ”I was shocked when I got the news that Patrick and his wife were both dead in such a circumstance as this because I haven’t gotten any earlier report on them, nothing at all. We are so sad, what a way to die.

The deceased left behind six children, of whom the eldest is a level 2, male son in the state-owned, Niger Delta University.