How Lagos Police Humiliated, Kept Me In Cell With Suspects Seeking To R*pe Me – Nigerian Woman Laments


The 20-year-old woman, who narrated her ordeal to a civic group, Advocates for Children and Vulnerable Persons, said she was invited to an audition for a role in a comedy skit at a hotel. 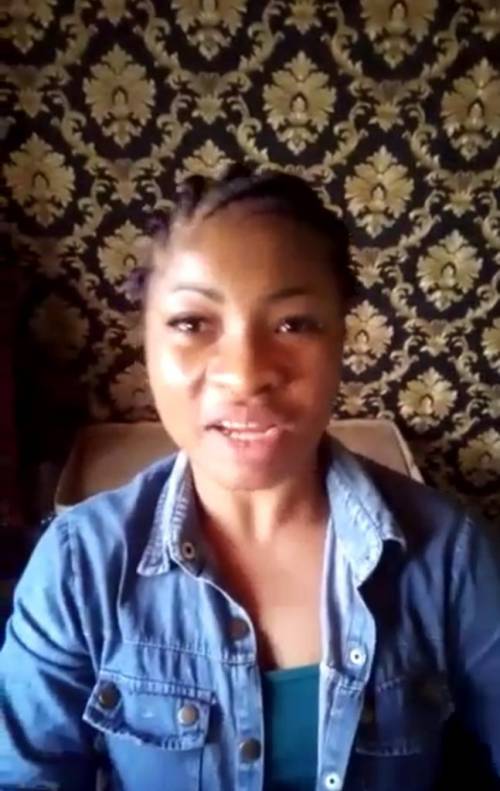 Kelechi Joseph, a young Nigerian woman, who was a victim of a job scam in the Badore, Ajah area of Lagos State, has narrated her experience with police officers at the Ipaja Police Division.

The 20-year-old woman, who narrated her ordeal to a civic group, Advocates for Children and Vulnerable Persons, said she was invited to an audition for a role in a comedy skit at a hotel.

Upon arriving at the venue, she said she was lured to one of the rooms on the pretence of changing her clothes but she was almost gang-raped by two young men who were part of the team that had called her for an interview.

According to her, she was able to resist the young men who finally caved into extorting her a sum of N12,000 which they claimed would be used to pay for the hotel room.

The tables, however, turned after the lady got arrested by policemen at the Ipaja area and was detained for several days alongside her abusers and other men.

Joseph said, “I was introduced to one Agwasim Gabriel who claimed to be a Comedy Skit producer. I got a call from Gabriel to come over to a hotel called Wood West Hotel for a Comedy skit auditioning somewhere within Badore area, Ajah. When I got to the hotel, I saw a lot of girls in the hotel reception.

“I was called upon to come upstairs for my costume. When I went upstairs, unknown to me, it was a trap set up by Agwasim Gabriel and his accomplice. I was told to lay down on the bed so that they could have sex with me but I declined which resulted to severe beating.

“I tried to run out of the room but the door was locked. They forcefully collected N4,500 and forced me to transfer N7,500 from my account to their account. Gabriel and Rororibs Ayami Okora told me that the girls I saw at the lounge of the hotel experienced the same thing and they were cool with it.

“They told me if I dared mention what transpired in the hotel to anyone, they would stop at nothing to eliminate me.”

However, Joseph stated that she started receiving calls from two ladies who disguised as customers who wanted to purchase clothing items.

She added, "Unknown to me, these ladies work with Gabriel and Okora. I was arrested and detained for four days inside the same cell with men by Ipaja Ayobo police station.

“I learnt that Gabriel had reported at Ipaja police station claiming I and my soldier friends robbed him of 250,000, damaged his plasma TV, laptops and camera worth over N1million.

The issue had now been reported at the State Criminal Investigation and Intelligence Department, Panti, Yaba with the detention of Gabriel while the investigation was ongoing.