The dad insisted he had no responsibility for the child and called it the devil’s spawn before walking out on her. 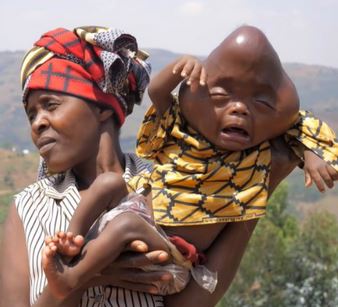 Bajeneza Liberata and her baby

A woman has been left stranded after he husband walked out on her and asked her to kill their deformed baby boy whom he referred to as a ''spawn of the devil''.

Bajeneza Liberata, from Rwanda, was abandoned by her husband and her family after she gave birth to the deformed baby.

The dad insisted he had no responsibility for the child and called it the devil’s spawn before walking out on her.

This left the mother stranded as she struggled to care for herself and her child, alongside her other children.

Bajeneza told Afrimax English that she had given birth to several other children and had not experienced any issues.

As she couldn't keep up with life in the city, a good samaritan eventually offered to drive Bajeneza and her baby back to her village.

Since she returned to the village, other villagers have been tormenting her, making fun of the baby and calling it a monster and an "alien".

Bajeneza has been struggling to care for herself and her son who appears to be in a lot of pain. She said she doesn't even know what condition her child is suffering from.

A GoFundMe page has since been set up which is raising money to send Bajeneza and her child abroad for treatment.

It reads: "This baby was born like this, people call him an alien because of the way he looks, his mother was abandoned by his father when his eyes landed on the baby at first sight.

"She struggles with him each and every day, she moved to the village and left her other children on their own in the city, to come to this village and seek help which she failed to find.

"She is now asking for help to take the baby abroad because in this country it’s not possible. Please donate to save his life." 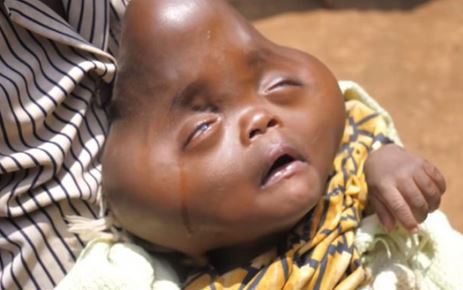