The recent Head of House made this known in a late night chat with Saskay on Monday, as they both discussed their feelings. 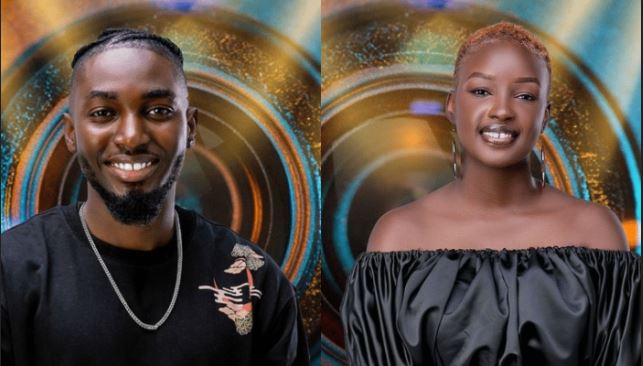 Jaypaul, a Big Brother Naija Shine Ya Eye housemate, has accused his love interest, Saskay, of looking down on him because of his small stature.

The recent Head of House made this known in a late night chat with Saskay on Monday, as they both discussed their feelings.

Jaypaul said that Saskay is judging him by his ‘small body’ and ‘small face’ but the 21-year-old denied doing that.

“I don’t feel bad,” Jaypaul said, as he promised that some day, he’ll prove to her that he can do more with “this small body you’re seeing.”

He continued, “No jokes though, I like my body. I like the way I look. I cannot even lie. I see people my age and I probably know I tried.”

The other side of the triangle

Saskay is currently in a love triangle involving Cross and Jaypaul. She loves both guys and they love her too.

However, she stated that she doesn’t want to have any intimate relationship with either of them but just wants to keep enjoying the attention she gets from both men.

Earlier, Saskay had a conversation with her other love interest, Cross, concerning her closeness with Jaypaul.

She told Cross, “Only you and I know how close we are to each other. Nobody else knows. So when people are trying to mock you that you like me but I’m closer to Jaypaul, you should understand.

“That shouldn’t bother you because you already know how intimate it is between you and I.”