Recall that some daring bandits had attacked quarters of the defence academy days ago, killing two officers and kidnapping another. 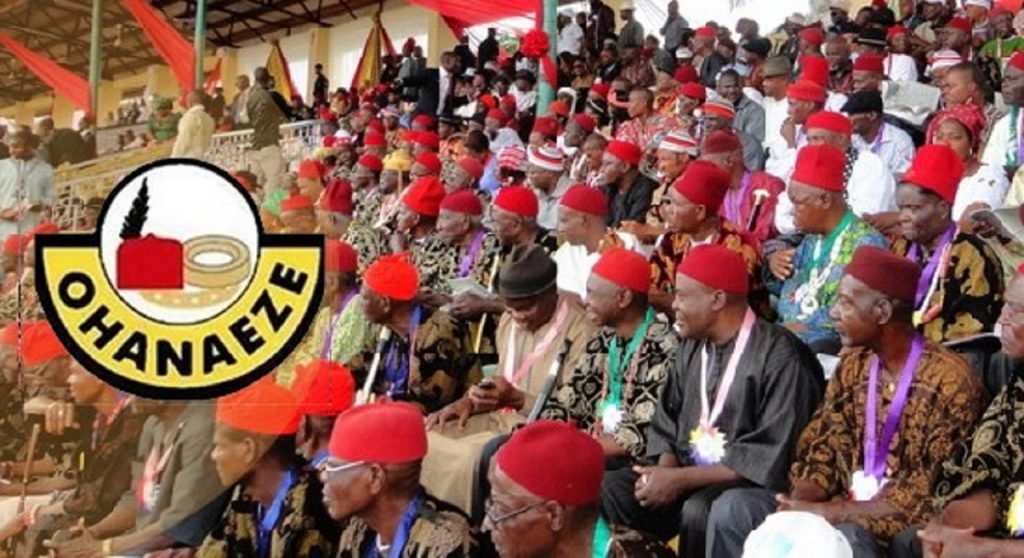 Ohanaeze
Ohanaeze Youth Council, OYC has raised alarm saying Igbo and Christian security officers are being targeted.
The group said the officers are targeted for extinction.
The apex youth organization in Igboland stated this while reacting to the gruesome killing of Lt. MC Okoronkwo by bandits at the Nigeria Defense Academy Kaduna.
Recall that some daring bandits had attacked quarters of the defence academy days ago, killing two officers and kidnapping another.
OYC in a statement made available to newsmen in Owerri on Tuesday by its national President, Comrade Igboayaka O. Igboayaka, called on Igbo and Christian leaders including security officers serving in various departments in Nigeria to consistently stay on guard.
OYC bemoaned the deteriorating security situations in the country, saying the Fulani militia otherwise known as Bandits and Boko Haram are effortlessly working to weaken the internal and external security of Nigeria.
The Igbo group charged all Christian leaders, Catholics, Anglicans and Methodist Bishops, all other General Overseers of the teaming churches to awaken from their slumber.
The group warned against impending assassination of more Christians in various sectors in a couple of weeks, if nothing was done to avert same.
OYC leader’s statement read this: “The manner of killing of Lt. Chinecherem Okoronkwo and how the bandit displayed the video of his corpse is quite inciting to Ndigbo and Christian community. This manner of killing wouldn’t stop in military, Navy, Airforce police and other security department if the Igbo and christian security agents keep mute without any proactive measure.
“The killing of Igbo and Christian Force men in Nigeria security department will hence take different dimensions, some will look like accident, mistake, banditry, kidnapping killing and dying in disguise of fighting Boko Haram,” Igboayaka revealed.
Speaking further, he lamented thus: “It’s regrettable that over 30 million Igbo youths, Governors, Senators, Reps members, Ministers, Senior officers in Nigeria security department of Igbo extraction have not raised questions, as to investigate the circumstances leading to Lt. MC Okoronkwo’s death.
“All Christian leaders, Catholics, Anglicans and Methodist Bishops, all other General Overseers of the teaming churches must wake up now, because in subsequent weeks and months more Igbos and Christian security officers may be assassinated.
“They are working to weaken the internal and external security of Nigeria as they have penetrated even the security intelligence. What’s going on in Nigeria is not mere insecurity of societal crime, but there is a state calculated crime against Ndigbo and Christians at large in Nigeria.”
Top Stories