According to Abena Korkor, she decided to share her unclad photos after being diagnosed with bipolar disorder. 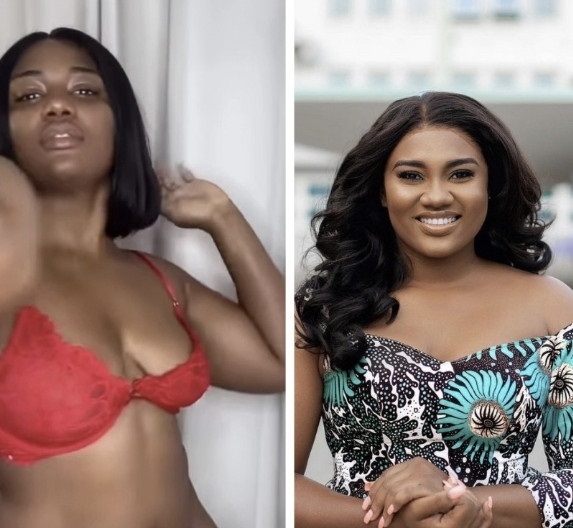 Korkor
A Ghanaian actress and media personality has revealed what forced her to release her nude photos.
According to Abena Korkor, she decided to share her unclad photos after being diagnosed with bipolar disorder.
She revealed this in an interview with Fiifi Pratt on Kingdom F.
The former show host of Tv3 mentioned that she had always been the quiet Presbyterian girl who was regardedregarded right lady among her peers, but all of a sudden she has become the lady no young girl wants to have an association with.
The media personality who asked women to be proud of their sexuality, added that showing her skin doesn’t change the fact that she’s still the intelligent and industrious lady she used to be.
She also stated that African women who are proud of exhibiting their sexuality, shouldn’t be branded as spoilt.
Top Stories