Justice Gambo Garba of an Upper Area Court is in trouble for granting a controversial criminal summons against Professor Chukwuma Soludo. 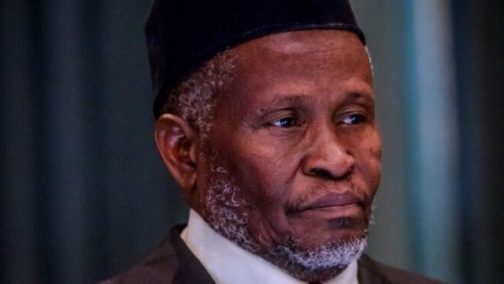 CJN, Tanko
The Chief Justice of Nigeria, Justice Tanko Muhammed has taken action to wipe out impunity in the judiciary.
This comes after he ordered disciplinary action against Justice Gambo Garba of an Upper Area Court, for granting a controversial criminal summons of the candidate of the All Progressives Grand Alliance (APGA) in Anambra state, Professor Chukwuma Soludo.
Soludo is also a former governor of the Central Bank of Nigeria (CBN).
Soludo on July 15, had been directed to appear before the court on August 23 to answer charges bordering on alleged perjury and breach of Code of Conduct of the CBN between May 29, 2004, and May 29, 2009.
Criminal trial bordering on false declaration of assets is exclusively vested in the Code of Conduct Tribunal, (CCT) but the upper area court judge, Gambo Garba assumed jurisdiction which contravenes the provisions of the 1999 Constitution.
The disciplinary committee against Justice Garba will be chaired by the acting Chief Judge of the FCT High Court and chairman of the FCT Judicial Service Committee, Justice Hussein Baba Yusuf, Daily Trust reports.
The CJN had on September 6 quizzed chief judges of the Federal Capital Territory (FCT), and Rivers, Kebbi, Cross Rivers, Jigawa, Anambra, and Imo states, where he cautioned against the issuance of ex parte orders in political matters.
The disciplinary committee would, however, be expected to submit the report of its findings within 21 days.
Top Stories