BBNaija S6: Why I Replaced Myself With Cross – Nini


Nini expressed her feelings while discussing with Cross on Monday night. 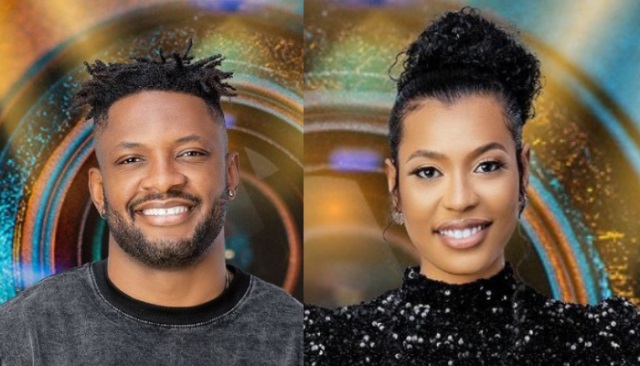 Cross and Nini
Big Brother Naija Shine Ya Eye housemate, Nini has spoken to Cross after saving herself and putting him up for eviction.
Revealing why she replaced herself with Cross, Nini said she did it because she knew he would survive it.
She made this known while discussing with Cross on Monday night, day 51 of the show, following the nomination process.
After the nominations and games on Monday night, the housemates for eviction were Nini, Yousef, Angel, Saskay, and Emmanuel.
The first runner up in the Head of House games, Nini, was granted the veto power to save one nominee and replace with another.
During the process, Nini saved herself and replaced with Cross, therefore adding Cross to the list of nominated housemates for the week.
Speaking to him, she said, “Obviously, you know why I put you. I think you’ll come back for sure. I had no one else to choose because Queen has been up back-to-back and Liquorose just came back.
“I wasn’t thinking and I just feel like you will come back. I’m sorry. I don’t know if I should say I’m sorry because I did it intentionally.”
As she said this, Cross reached out to her and they shared a hug.
“Oh my Cross, I hate this feeling. You’ll be fine,” Nini said during the hug.
Cross said, “It’s not so nice but I’ll be fine. I just wanted a disclosure from you.”
Nini retorted, “That’s fine. I’m sorry.”
This is the second time that Cross is being a replacement for a nominated housemate.
In week five, Liquorose as the HoH saved Peace and replace her with Cross. However, she also apologised to him and gave him reasons for her choice.
Top Stories