The businessman was said to be waiting for his guard to open the gate when the assailants took advantage of the situation to block him. 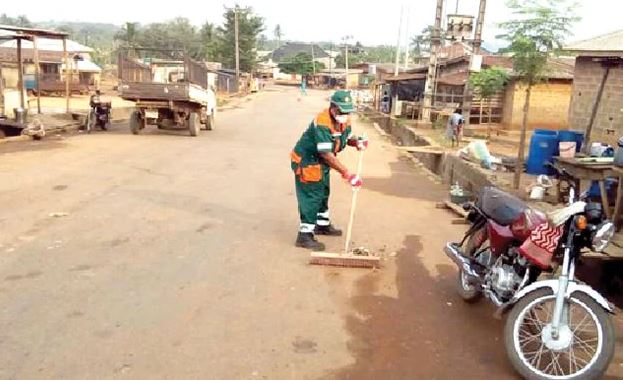 According to a report by PUNCH Metro, some gunmen have kidnapped a livestock farmer, Jide Lawal, at his farmhouse around Agohun community, Emoren-Imota, a boundary area between Lagos and Ogun states.

It was gathered that Lawal went to monitor his farm on Wednesday when the armed men waylaid him at the front gate.

The businessman was said to be waiting for his guard to open the gate when the assailants took advantage of the situation to block him.

At gunpoint, the bandits reportedly demanded he surrender himself.

As the guard opened the gate, the three-man gang was said to have ushered Lawal into the premises of the farmhouse.

A managing consultant at the farmhouse, Ahmed Saliu, told our correspondent that the gunmen whisked away Lawal through a nearby bush.

He said, “We were inside the farmhouse when Mr Lawal got to the gate and pressed the horn to signal the gateman to open the gate. But as the gateman opened, I saw three armed men pointing a gun at us, as they led Mr Lawal into the farmhouse.

“They ordered all of us to lie on the ground and subsequently abducted our boss. We reported at the Imota Police Station and also informed family members of our boss.

“When the police were searching the bush, they discovered that the assailants spent the night in the bush. During the operation, the hoodlums covered their faces to conceal their identities.”

A farmer in the area, who identified himself only as Biodun, said Lawal’s abduction created tension in the community, adding that a yet-to-be-identified passerby was hit by a bullet during the incident.

He said, “The man that was shot was rushed to a general hospital in the area from where they transferred him to the Ikorodu General Hospital for treatment. I can’t say whether he is alive or dead.

“Everybody, including farmers, residents and passersby, scampered for safety during the operation. They shot about three different times and it was when we returned to the scene of the attack that we realised that they came to kidnap the owner of the livestock farm.”

The Lagos State Commissioner of Police, Hakeem Odumosu, said the incident happened in Ogun State, adding that the poultry was in Agbohun.

“The case was reported at the Imota Police Division in Lagos because of its proximity to the crime scene and I always tell my policemen that crime has no jurisdiction, and to the members of the public, police is police and there is a time limit in operation. If we arrest any suspects involved in the case, we will hand them over to the police in Ogun State,” he added.

He said, “The Divisional Police Officer covering that area said the scene of the incident falls under Imota in Lagos and that is why they did not report in any of our stations.”