He stated this on Wednesday night, day 53 of the show, as the duo was having their night conversations. 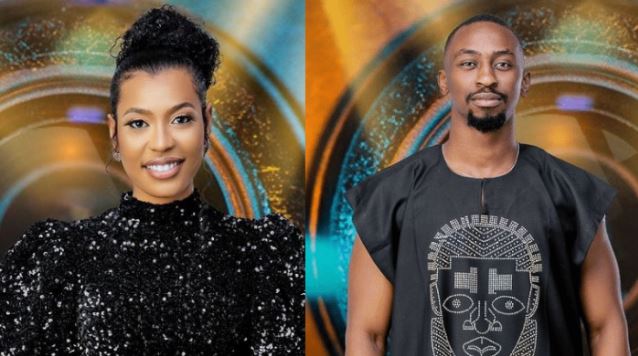 Saga, a Big Brother Naija Shine Ya Eye housemate, has stated that if his love interest, Nini, is issued a strike in the house, he’ll take it on her behalf.

He stated this on Wednesday night, day 53 of the show, as the duo was having their night conversations.

A strike, in BBNaija, is a punishment given to a housemate who breaks the rules of the house.

Once a housemate has up to three strikes, he/she will be disqualified from the show.

During their discussion, Nini reflected on the argument she had with Cross and felt bad because her anger got the better part of her.

Nini then told Saga that he shouldn’t have tried to stop her from speaking her mind because she likes expressing herself.

Saga stated that if Nini tries to get violent while arguing, he’ll carry her out from the scene.

Reacting to this, Nini said that she may hit him if he tries to carry her and may earn a strike for that.

She said, “Don’t try it. So that I won’t get a strike because of you.”

He answered, “If Biggie gives you a strike, I’ll take it. I’ll say that you were helping me to clean my hands.”

This comes few hours after Saga told Nini about Biggie’s secret task, which involved a fight between them.