On Wednesday, it was reported that the student’s father, Oni Olajide, lamented that his son went missing while in the school. 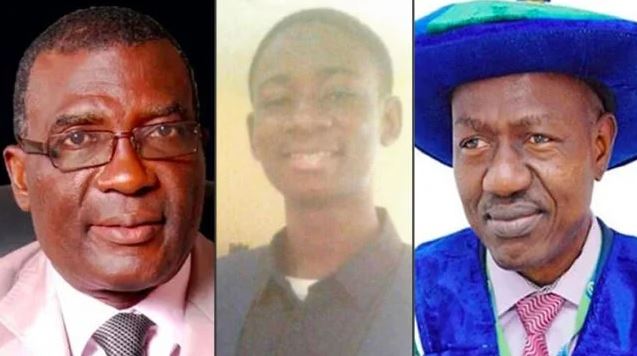 According to The PUNCH, Caleb University, Imota, Lagos State, has said its internal investigation and information obtained from chats between a missing student, Oluwanifemi Olajide, and his sister, Stella, showed that the student’s disappearance was planned.

PUNCH Metro on Wednesday reported that the student’s father, Oni Olajide, lamented that his son went missing while in the school.

He claimed that Oluwanifemi, a student of Computer Science at the institution, sent disturbing messages to his sister on WhatsApp suggesting that cultists were after his life.

Oni said the 21-year-old disappeared shortly afterwards, as he accused the varsity of not taking any action.

However, a statement signed by the Deputy Director, Public Relations and Marketing, Dr Elvis Otobo, stated, “WhatsApp records show that John (Oluwanifemi) and Stella communicated between 15th and 17th August 2021 – a period that John was supposed to be ‘missing’.

“The university is gravely concerned over the fact that Stella never reported the issue of the alleged cultism and/or threat to John’s life to the school management, parents or the police.

“According to our internal investigation and information obtained from WhatsApp chats between the siblings, we are of the strong conviction that this was a premeditated action, deliberately planned by John and his sister. We do not know what could be their motive.”

Otobo explained that Oluwanifemi had a detailed chat and discussion with Stella on how he should leave the school premises unnoticed.

“He apparently complied with this instruction, which also specifically asked him to leave his luggage and phone behind, while finding his way out of the campus. We got this information from WhatsApp messages obtained from Stella’s phone. It was also this chat that first mentioned the issue of ‘cult.’”

On the allegation that the school refused to paste the victim’s photo on the campus, Otobo said, “The university management pasted John’s picture in various strategic locations within the campus to help in getting relevant information. It was the university that gave an electronic copy of John’s photograph to his father.

“The management reported the matter promptly at the Imota Divisional Police Station with the sole objective of getting to the root of this matter, and bringing our student back promptly and safely.”

The varsity stressed that a search team was also deployed to look for the student, adding that their efforts proved abortive, as he could not be found in the hostel or on campus.

“On August 25, Area N invited officials of the school and they responded swiftly to the invitation. The case was later transferred to the State Criminal Investigation Department at Yaba, where both parties were invited and interrogated on August 27, 2021, and requested to come back on August 30. On August 30, the Caleb University team was present, but John’s sister, Stella, and her parents did not show up,” the school added.