Ejiofor said Mailafia sought for forgiveness, peace and reconciliation for what Nigeria did to the Igbo during the Biafra civil war. 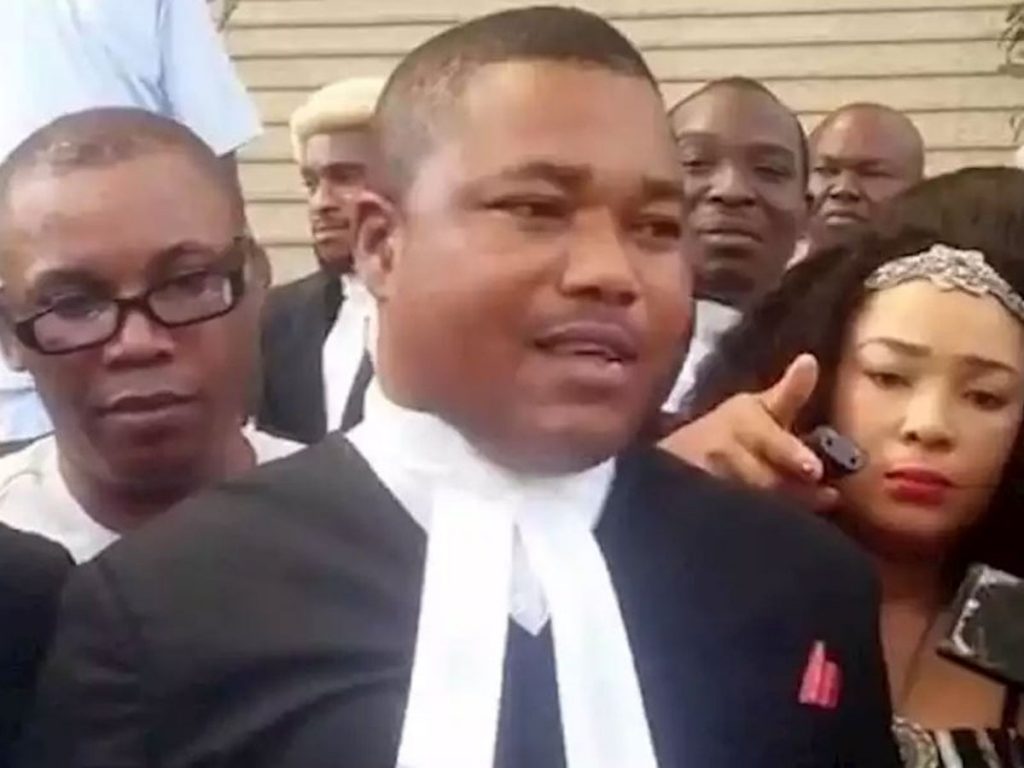 Ejiofor
Nnamdi Kanu's lawyer, Ifeanyi Ejiofor has expressed shock following the sad death of Obadiah Mailafia, former Deputy Governor of the Central Bank of Nigeria, CBN.
Reacting, the counsel to the leader of the Indigenous People of Biafra, IPOB, Ejiofor said Mailafia sought for forgiveness, peace and reconciliation for what Nigeria did to the Igbo during the Biafra civil war.
He also disclosed that the former presidential candidate wanted the Middle belt to apologize to the Igbo over their role during the Biafra war.
In a series of tweets, Ejiofor wrote: “The sad news of the sudden demise of Dr Mailafia hit me with a great shock.I could not believe it until I made calls to close contacts who confirmed it was true. Hmmmm, what is life but fleeting moments? Today we’re here, tomorrow we’re no more.
“Permit me to say that Dr. Mailafia is a fine gentleman who stood on the side of truth. He was well read and a man of the letters who was bold to persuade the people of the middle belt to tender an apology to the Igbos for the role they played against the Biafrans during the civil war.
“It was a horrible experience for the people of the South East, the massacre is better imagined than experienced.Our people lost the battle after three years due to the roles played by her neighbours.
“Torture,rape,starvation,illness and diseases ravaged our people and our neighbours never lifted a finger to help.They rather joined forces with the oppressors and unleashed terror on our land.
“It is now history, yet that history is being subdued so that present and future generations are not aware of the evil done to their forefathers. Yet, Dr.Mailafia,even though of the Northern extract stood out and acknowledged the ills done to the igbos and sought for forgiveness,peace and reconciliation.
“That is the true example of sportsmanship. It’s often said that good people don’t last.
“A rare gem is lost! We cannot question God because He alone gives and takes when it pleases him.”
Top Stories