He was lynched during a joint operation on the enforcement of ban on motorcycles plying restricted routes in the state while one of the police operational vans taken to the neighbourhood was destroyed. 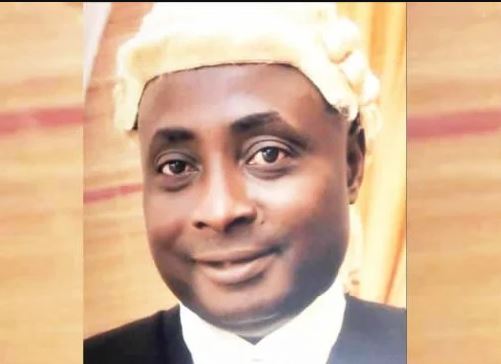 According to a report by The PUNCH, fresh facts have revealed the gruesome manner in which a Chief Superintendent of Police attached to the Lagos State Police Command, Kazeem Abonde, was murdered on Thursday by hoodlums in the Ajao Estate area of the state.

Abonde, who was also a lawyer, was killed nine months to his retirement from the Nigeria Police Force and become a full-time legal practitioner at a chamber based in Osogbo, Osun State, City Round learnt on Friday.

He was lynched during a joint operation on the enforcement of ban on motorcycles plying restricted routes in the state while one of the police operational vans taken to the neighbourhood was destroyed.

The raid was reportedly carried out by a tactical team comprising operatives from the Operations Department of the state police command headquarters, Ikeja, the Lagos State Environmental and Special Offences (Enforcement) Unit, Rapid Response Squad, and the Ajao Estate Police Division.

The spokesperson for the police in the state, CSP Adekunle Ajisebutu, in a statement on Friday, said the team had also raided flashpoints in the area and wanted to leave the estate when the hoodlums struck.

He said, “After the successful operations which led to the arrest of some of the suspects, other criminal elements and hoodlums in their large numbers laid siege to the exit of the estate and attacked the policemen with guns, cutlasses and other weapons. Unfortunately, during the fatal attack, CSP Kazeem Sumonu Abonde attached to the Operations Department of the command was brutally killed by the hoodlums.

“The DPO Ajao Estate, CSP Abdullahi Malla and other police officers equally sustained varying degrees of injury. The corpse of the deceased officer has been deposited at the Yaba Mainland Hospital for autopsy.”

Ajisebutu said the Commissioner of Police, Hakeem Odumosu, had ordered investigation into the incident and vowed to ensure those responsible for the dastardly act would be brought to book.

A colleague of the deceased who spoke on condition of anonymity told our correspondent on Friday that Abonde was supposed to retire from the Force in June 2022 and had planned to practise as a lawyer afterwards.

“He was already preparing for his retirement. He was a lawyer and wanted to join a chamber he co-founded in Osun after retirement. Abonde was a fine officer and we will sorely miss him,” the colleague said.

Another source close to the late Abonde said the 54-year-old slain officer was enlisted in the Nigeria Police Force in June 1987 and rose through the ranks to a CSP in June 2019, lamenting that his death was devastating.

“He studied Law at the Lagos State University. He graduated in 2014 and proceeded to the Law School. He became a barrister in law in 2016 and went back to LASU for a master’s degree. He bagged LLM (Master in Law) in 2019,” the source added.

Our correspondent learnt that Abonde, a  native of Ona Ara Local Government, Oyo State, was the Divisional Police Officer, Ilemba Hausa, Lagos, before he was posted to DOPs, his last place of assignment where he was the Operation Officer 1.

Meanwhile, the Executive Chairman, Isolo Local Council Development Area, Adebayo Olasoju, has appealed for calm by the residents of Ajao Estate and other concerned parties regarding the attack.

Olasoju in a statement on Friday by his Chief Press Secretary, Iskilu Alao, said the chairman, some officials of the council and the Area Commander, Area D Command had visited the scene of the incident.

The statement read in part, “Ajao Estate being a major entry point to especially foreigners coming into our dear nation deserves the serenity obtainable in a city of equal status in advanced countries.

“While investigation into both the remote and immediate causes of the violence is being carried out, the law-abiding citizens of Ajao Estate are hereby urged to go about their lawful business as there is enough security presence to forestall resurgence.”

The Chairman, Community Development Committee, Isolo LCDA, Adesegun Olatunde, said the executive had stopped movement of okada on the estate as one of the immediate measures to address the violence.

He said, “No okada is allowed on the estate for now. We are going to have a PCRC (Police Community Relations Committee) meeting today (Friday) to deliberate more on it. Some years back, they (okada riders) had issues and they went to destroy an armoured tank.

“After that incident, they were not allowed to operate in Ajao Estate. But after the #EndSARS protests, they suddenly resurfaced and started operating. On Osolo Way and 7/8 bus stop, you would see them on the road. They were not organised at all. Now, they have created problems for themselves. You cannot kill a senior police officer and go scot-free.”

The task force said on Thursday that 410 motorcycles were impounded on prohibited routes in Isolo, Ojodu-Berger, Ojota, Lagos Island, Surulere and Second Rainbow along Apapa-Oshodi Expressway.