The PDP candidate defeated the All Progressives Congress chairmanship candidate by 19,402 to 14,829 votes to emerge winner. 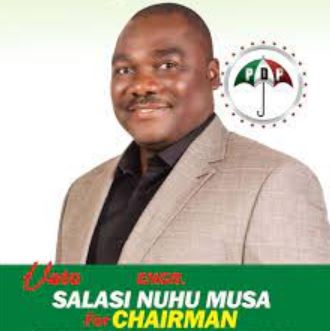 He added that from the breakdown of the results, PDP won eight councillors out of the 12 wards in the local government area, leaving APC with four.

According to him, “Having secured the maximum number of votes, PDP’s chairmanship candidate, Engineer Salasi is declared winner and returned elected.”

Dailypost reports that the collation and announcement of the chairmanship and councillorship results at the local government area SIECOM office commenced on Sunday morning but lasted till the early hours of Monday after suffering several set backs from party agents.