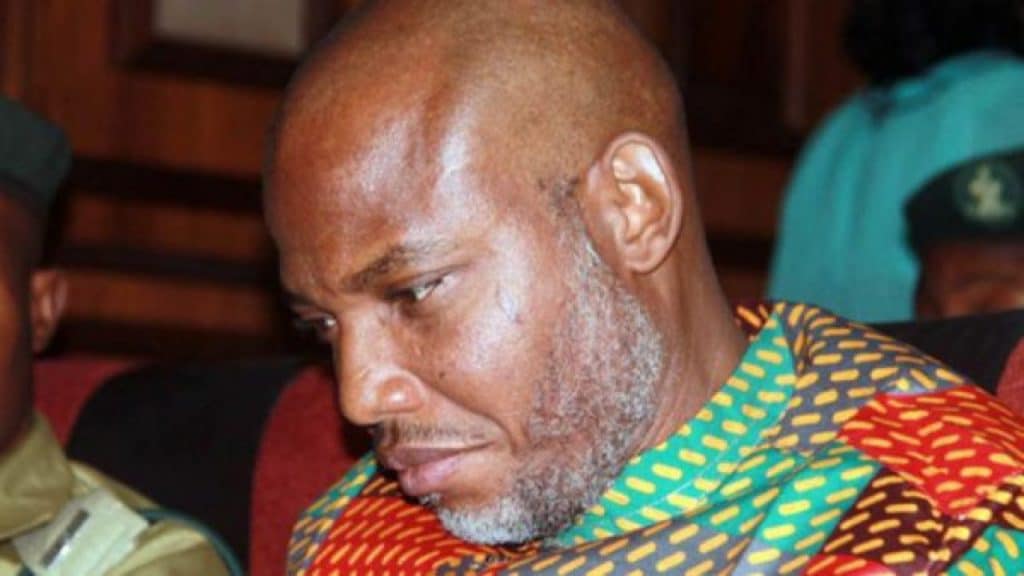 Nnamdi Kanu
The Chairman of Air Peace, Allen Onyema has stated that Nigeria's President Muhammadu Buhari could release Nnamdi Kanu, leader of the Indigenous People of Biafra.
Onyema said Buhari would release Kanu if approached properly.
The business mogul spoke at an event in Lagos over the weekend.
Onyema stressed that the president is not against the Southeast.
He urged the people of the Southeast to use wisdom in the fight against injustice.
PDP chieftain, Allen Nwachukwu buried, described as political colossus
According to Onyema: “This president, President Muhammadu Buhari, quote me, I say it again, he is not against Ndigbo. If you approach him the right way, he will listen.
“President Muhammadu Buhari will one day release our brother [Nnamdi Kanu].
“Myself, I don’t know Buhari but I have put forward certain requests, and he honoured them. He honoured my requests.”
This is coming at a time when Buhari visited Imo State, after criticisms of ignoring the Southeast.
Prior to his trip, Buhari was criticized for marginalizing the Igbos in his government.
Meanwhile, Kanu is locked up by the Department of State Services, DSS, following his rearrest.
Watch video:
Top Stories