Hillarious! Missing Drunk Man Lost In Woods Ends Up Joining Search Party To Look For Himself


Many residents joined the search party in the hope of finding him before he identified himself. 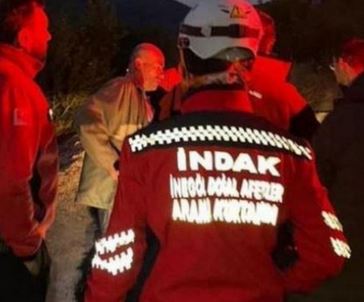 A 50-year-old drunk man who was declared by his friends was found among the search party that went out to look for him.

Beyhan Mutlu had been drinking with mates in the rural neighbourhood of Cayyaka, near the city of negöl in Turkey, before wandering off into the woods.

When he didn't come back, his friends informed the police, who called in search and rescue teams from the wider Bursa region in an effort to help locate the missing man, LadBible reports.

Many local residents joined the search party in the hope of finding the 50-year-old.

Unknown to them, the man also joined them in searching for himself.

While searching, the group kept calling out Mutlu’s name repeatedly until, after a while, someone in the group replied: "Who are we looking for? I am here."

That man ended up being Mutlu.

Police ended up escorting him home before writing up a report of the events that transpired.