Recall that the reality star had shared photos of her second mansion in two years yesterday. 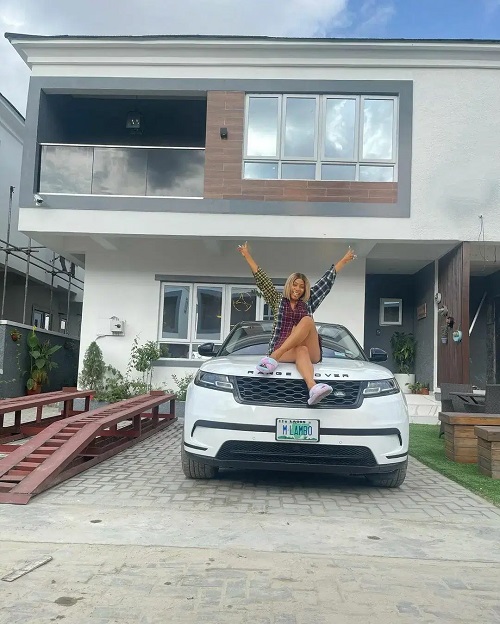 Mercy Eke shows off her latest mansion
After a troll questioned the source of Mercy Eke's money, she has replied.
Recall that the reality star won the BBNaija ‘Pepper Dem Geng’ Season 4 edition last year.
Yesterday, she showed off her second mansion in two years while celebrating her birthday.
The reality star marked her big 28 with striking photos, creative videos and lots of great news to share, including receiving the gift of a $10,000 scholarship to Harvard Business School from her fans, the ‘Mercenaries’.
Sharing a photo of her new home, she wrote; “God is still by my side and I will forever be grateful.”
Also revealing a new television show titled: “Mercy, What Next?” set to launch on Africa Magic Showcase in October, Mercy shared a snippet teasing the viewers on what to anticipate.
Seeing all these, a social media user known simply as Josh questioned the source of her wealth.
He wrote: “In a saner clime, Mercy Eke’s financials will be investigated but this is Nigeria, anything goes.”
Responding to Josh, Mercy Eke wrote: “E choke??????????”
Top Stories