It was learnt that the peaceful protesters were released on bail on Saturday night from the Nigeria Police Force detention. 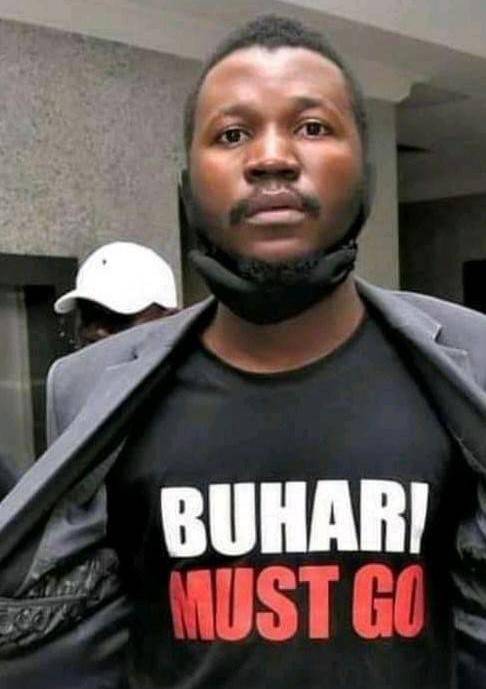 According to SaharaReporters, about six #BuhariMustGo youth activists who were arrested on October 1, Nigeria's Independence Day for calling for the resignation of President Muhammadu Buhari, have been released by the police.

SaharaReporters learnt that the peaceful protesters were released on bail on Saturday night from the Nigeria Police Force detention.

The six protesters were brutalised and later detained by the police for demanding the resignation of Buhari.

The names of the six protesters include Benjamin Mannaseh, Mohammed Labaran, Danjuma Patience, and Ibrahim.

The protesters, who were out as early as 7 am, also called for good governance, transparency, and an end to insecurity.

The protest coincided with the 61st Independence Anniversary of Nigeria.

The #BuhariMustGo and #RevolutionNow protesters were later violently dispersed and beaten after being chased into the bush by a detachment of armed anti-riot policemen, led by the notorious female police officer, ASP Altine Daniel.

A human rights advocacy group, Coalition for Revolution (CORE), had commended Nigerian youths who trooped out to protest against Buhari's regime and called for the immediate release of the six youths arrested and detained by the Nigeria Police.

This was contained in a statement titled, ‘CORE Salutes Patriotic Youths, Demands Immediate Release of #Abuja6’ by CORE conveners, Baba Aye and Gbenga Komolafe, which was made available to SaharaReporters on Saturday.

CORE argued that protest remains a fundamental human right of citizens, and not a criminal activity, hence, it has to be respected by the security operatives.

The statement reads, “In utter contempt of the protesters' fundamental rights and freedom of association, the police in Abuja, the Federal Capital Territory arrested six CORE members over the protest. These include Benjamin Manaseh, Mohammed Labaran, Danjuma Patience, and Ibrahim.

“The youths and working-class people whose struggle paved the way for Flag Independence stopped agonising and started organising. That is exactly what the youths who organised and demonstrated yesterday under the CORE banner did. It is not enough to agonise. We must organise to win our total liberation.

“Protest is not a crime. Indeed it is a duty in a situation like that which millions of Nigerians are living through. And it is a fundamental democratic right.

“Thus, the Coalition for Revolution calls for the immediate and unconditional release of the #Abuja6.”